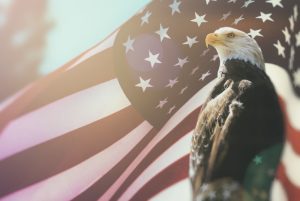 The great fear is that the National Defense Authorization Act will be used to support massive civil liberties abuses. And, that is a really legitimate fear.

The Obama administration wrote a secret legal memo to justify the assassination of Anwar al-Awlaki, a US citizen, and the memo drew its justification from the authorization to use military force (AUMF) against Al Qaeda that Congress enacted shortly after the terrorist attacks of Sept. 11, 2001.

Now, the NDAA extends the detention provisions of AUMF to US citizens at home. So, by extension, I imagine they could write a memo that draws on NDAA to justify domestic terrorist assassinations.

The courts are our last line of defense here. I imagine any President or administration that tried to use the NDAA detention provisions simply to round people up and put them in FEMA prisons would face fierce legal challenges.

I think the reason they added the offensive language to NDAA was to allow for military detentions and trials of US citizens captured in the US who may be collaborating with al Qaeda. There were a few 9/11 collaborators who meet that definition and were tried in civilian court and they wanted to keep them in military court.