You Didn’t Build That 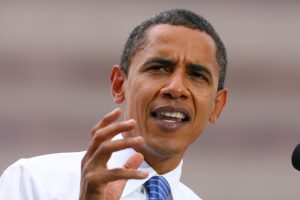 Only 11% of Americans want communism and Obama is not one of them. Even if he was, most Americans would never allow it.
If you ignore the part of Obama’s Roanoke speech that the Right continually takes out of context and look at the whole speech, I can see how you might interpret it as as too heavy on the praise of government and too light on praise of the entrepreneur.But, you not only have to view each sentence of the speech in the context of the whole speech, you also have to view the speech in the context of the broader political debate taking place.

And in that context, the speech is simply a thoughtful rejoinder to the false choice Fox News presents every single day: that you are either a statist or a libertarian and there can be no middle ground.

All Obama is saying in the speech is, look, don’t buy this false choice. It is a lie.

The fact of the matter is that America has always grown with a combination of individual initiative and public investment and it is this combination of independence and interdependence that has made us a great nation, not the singular devotion to and worship of private enterprise that Fox pushes each and every day.

They are BOTH important, public and private systems, and it is ridiculous to assert that one is more important than the other. We simply need to nurture the balance between the two.

That is all Obama is saying. Of course private enterprise is the primary driver of jobs and economic growth. That is a given.

But, the private system works best and creates the most wealth for the most people, when it is properly regulated and taxed to pay for the public investments — the roads, schools, research programs, loan programs, regulatory agencies and safety nets that make up a public operating system that allows capitalism to work best.

Without an effective public operating system, we face the situation we are in now, in which the rich suck all the wealth and value out of the economy, do not invest in enough new start ups and technology, do not pay enough taxes to fund proper educations for enough skilled workers and fail to leave enough consumers with enough cash in their pockets to keep the system running with sustainability.