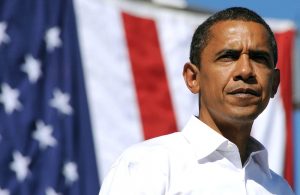 It is our long tradition of a peaceful transition of leadership that makes us unique in the world and inspires dreams worldwide of a more democratic and peaceful planet. My favorite passage from Obama’s inaugural address:“The patriots of 1776 did not fight to replace the tyranny of a king with the privileges of a few or the rule of a mob. They gave to us a Republic, a government of, and by, and for the people, entrusting each generation to keep safe our founding creed.”This went hand-in hand with Senator Lamar Alexander’s toast at the Inaugural luncheon, when he said:“There is no mob, no coup, no insurrection. This is a moment when millions stop and watch. A moment most of us always will remember. A moment that is the most conspicuous and enduring symbol of our democracy….How remarkable that this has survived for so long in such a complex country with so much power at stake — this freedom to vote for our leaders and the restraint to respect the results. Last year, a tour guide at Mount Vernon told me that our first president, George Washington, posed this question: ‘What is most important of this grand experiment, the United States? And then Washington gave this answer: ‘Not the election of the first president, but the election of its second president. The peaceful transition of power is what will separate this country from every other country in the world.”Obama and Alexander each speak to the idea that gun ownership is a right bestowed by our laws and constitution, not the other way around. With each successful, peaceful transition of our presidency, it suggests that the peaceful act along with our laws and government are what the 2nd amendment was primarily meant to protect. To keep the peace. It was not primarily intended so we would have guns in order to use them against the government. That makes no sense, especially in light of the government they had just formed.