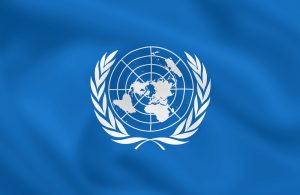 Does foreign aid comprise as much of the federal budget as Americans think? Photo: Shutterstock

Myth: The average American believes foreign aid is 31% of the federal budget.
Fact: Our entire foreign aid budget is only 1% of the budget, or about what we pay for three aircraft carriers.

America is strong, and we all believe we can and should use that strength to our advantage on the global stage. We are often accused of abusing our power, and yet many Americans believe we are routinely taken advantage of by the rest of the world, from NATO to China. They think our treaties have all been poorly crafted to our disadvantage. Foreign aid supposedly gobbles up huge portions of the budget, but any amount is seen as a waste since so many of us think the beneficiaries of our generosity still hate us and seek to destroy us.

Recently, Republicans have been complaining that the US pays 22% of the UN budget. But the $1.2 billion the US pays to the UN each year is a tiny drop in the bucket of the $4.1 trillion in Federal outlays each year.

At Civics Nation, we believe that through foreign aid we get a great return on investment by helping to create more stable democracies globally through projects in healthcare, democracy building and education.