The Cult of Donald Trump 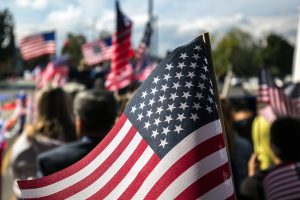 Civics Nation was founded to become a part of a new political narrative. The prevailing narrative in American politics has been helmed by Fox News for the past 22 years. Instead of a competing or compelling alternative narrative from the Left, there is only reaction to the Fox News narrative. MSNBC and CNN and all the rest of mainstream media stem from a tradition of journalism that is meant to report on the news, not make the news. But, with the birth of Fox News, the intent was never to do journalism but it was always primarily about propaganda.

Neil Gabler has written an article on BillMoyers.com called “Why the Trump Era Won’t Pass Without Serious Damage to America” in which he describes the narrative that liberals must tell if we are to recapture control of the prevailing political narrative:

“Progressives need to provide an alternative narrative to Trump’s and the conservatives’ that will explain the world without distorting it. It should tell the story of economic inequality, and of plutocracy, and of the role of conservatives in enabling these things. It should also provide a positive vision of community and mutual assistance and global interdependence. It should promote compassion and empathy. It should be simple, powerful and affirmative, and it should be repeated endlessly the way Trump repeats his racist/nativist/sexist/phobic narrative. I am convinced that you don’t fight fire with fire, which is why I am dubious of Democratic efforts to out tough Trump. You fight fire with water.”

Gabler also discusses how conservatism in America has become a civic religion in which political beliefs are more powerful and give more of a sense of cultural identity than Christianity. And he suggests that Donald Trump now leads this cult:

“Trump, like other creators of a cult of personality, is a self-proclaimed savior, who promises his supporters redemption. In a certain sense, he is right. Trump’s is a cosmology of an America — a world, gone wrong — an America decayed by changing values purveyed by nonwhites, non-Christians and nonmales. He tells his supporters he will make it right. They believe him. And they will not be dissuaded. In Trump they trust.”

I would agree that many Trump supporters share many of the same elements with other cultists: a feeling of being under attack, persecuted for bringing the truth to the world, a truth that only you can see, a Truth the leader fearlessly brings to the nation. For Trump supporters, it is a truth for which he is personally and ruthlessly being attacked by the liberal elites and globalists. And the redemption he promises as a savior is that his believers are redeemed from the sin of being non-PC.

What do you think?