Wasteful Spending By the Federal Government? 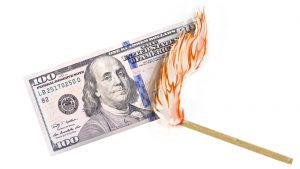 Is there really that much wasteful spending in government? Image: Shutterstock

According to a 2009 Gallup poll, ”…even though 71 percent of voters want smaller government, vast majorities oppose cuts to Medicare (81 percent), Social Security (78 percent), and Medicaid (70 percent).  Instead, they prefer to slash waste—a category that, in their fantasy world, seems to include 50 percent of spending.”

In the Five-Thirty-Eight blog, Tom Schaller discusses that the possibilities for what makes government “wasteful” are many and that waste can be reduced to three non-exclusive types:

Almost every government program we have is better than the private alternative, even if some government agencies are not run as efficiently as ones in the private sector. Government programs exist precisely because private markets failed to provide the service at all or at the scale necessary to run a nation. It’s called the free rider problem.

Expecting all government agencies to be run at a profit or as efficiently as a well-run business is not a reasonable expectation. That doesn’t mean we should tolerate inefficiency and wasteful spending, and there are oversight and inspector generals that keep most of the government operating reasonably well.

The federal government, running at about its historical average of 22% of GDP is about the right size. The focus on the wasteful spending simply diverts from the fact that waste is a small fraction of the cost and unfortunately a necessary evil if we plan to have any government services at all.

But in almost every case, the good that government does far outweighs the waste or the bad. As Schaller writes:

“So where’s all the “waste” in a federal budget that, in regular economic times, is about two-thirds comprised of Social Security, Medicare, defense and interest payments?

Here’s a good example of an essential government service from journalist Paul Waldman, who discusses the glory of the US Postal Service. And, a video featuring Nando Villa called “CEO President Donald Trump: A Really Terrible Idea?” reveals the vast differences between private businesses and public services and why their goals and methods are naturally very different.

What do you think?