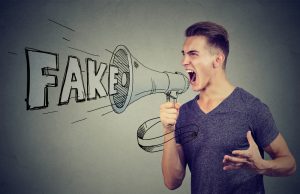 In the state of Maine, a relatively unknown website shared a leaked email from Lewiston mayoral candidate Ben Chin, alleging that he called the residents of the city “a bunch of racists.” To be fair, the email did include a comment about a day of canvassing in which Chin had largely positive experiences but also encountered some racists. Chin’s comment, taken out of context, caught fire on social media, aided by a signal boost from the Maine Republican Party, and it cost him the election.

Many people are saying that social media had a similar influence on the 2016 presidential election. But is that true?

In an article published in the National Review, Matthew Sheffield writes that “the relatively small influence of right-wing blogs and talk radio is part of the answer” as to how Donald Trump was elected President. He adds that news about the scandals surrounding Hillary Clinton’s role in the Benghazi attacks and the deliberate targeting of conservative groups by the IRS “received near-daily coverage for months on Fox News Channel, talk radio, conservative blogs, and by right-leaning Twitter users.” The general public was paying attention to those two stories at a rate “well below the average for news stories Gallup has tracked over the years.” This makes sense, he argues, because it is easy for people to avoid or never hear of media outlets run by conservatives.

On the other hand, a new study from Dartmouth seems to show that right-leaning social media users had an oversized influence on the 2016 election. “Approximately one in four Americans visited a fake news website, but that consumption was disproportionately observed among Trump supporters,” the study’s authors write. “However, this pattern of selective exposure was concentrated among a small subset of people—almost six in ten visits to fake news websites came from the 10% of Americans with the most conservative information diets.” The authors then specifically call out Facebook as the most important tool for facilitating the spread of fake news.

A Pew Research Center study found that as of August 2017, two-thirds of Americans report that they get at least some of their news on social media—which certainly increases the echo chamber effect.

So, if there is a partisan echo chamber in social media, what can be done to solve that problem and get people reading fact-checked news—from any political perspective?

The Washington Post has an idea: “Rather than attempting to break into particular subgroups, the [mainstream] media should aim to provide the truth, plainly stated, to as broad an audience as possible—and then let readers do what they will.”

In other words, spend more time reporting and less time reacting, and let social media be social media—echo chambers and all.