Ben Sasse: “Not Helpful to Call the Press the Enemy” 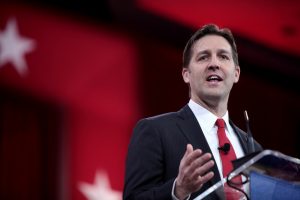 In what appears to be a swipe at President Trump, Senator Ben Sasse (R-NE) defended the press in an online video that has since gone viral.

Sasse further added that it’s “not helpful to call the press the enemy of the American people.” This directly goes against a previous comment made by President Trump.

Congress shall make no law respecting an establishment of religion, or prohibiting the free exercise thereof; or abridging the freedom of speech, or of the press; or the right of the people peaceably to assemble, and to petition the government for a redress of grievances.

The Conservative Sasse also called for the nation’s youth to be educated about their Constitutional rights.

“We need to come together as a people and reteach our kids what the First Amendment is about,” he said.

The Nebraska senator expressed concerns about new forms of journalism that cater to only one viewpoint or perspective. Sasse’s comments bore a resemblance to comments made by former President Obama, who warned against cocooning oneself in information that reinforces personal biases.

Sasse further argued the importance of fact-based information, adding that the American government cannot properly function without it. To solidify his point, he quoted former U.S. Senator Daniel Patrick Moynihan who once said, “Everyone is entitled to his own opinion, but not his own facts.”