Is the CDC Word Ban a Violation of the First Amendment? 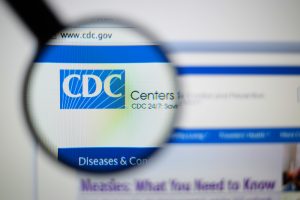 Last month, officials at the Center for Disease Control (CDC) were reportedly told not to use certain language. According to The Washington Post, the Trump administration prohibited CDC employees from using words and phrases like “evidence-based,” “science-based,” “diversity,” “entitlement,” “fetus,” “transgender,” and “vulnerable.”

The report sparked immediate outrage, with political commentators and social media users likening it to censorship and a violation of the First Amendment. But in the time since the story first aired, there’s been confusion regarding its accuracy.

Dr. Brenda Fitzgerald, director of the CDC, denied that such a ban ever existed.

“I want to assure you there are no banned words at CDC,” Fitzgerald wrote on Twitter. “We will continue to talk about all our important public health programs.”

In an effort to clear up the confusion, anonymous sources told the National Review that the language restrictions did not come from the Trump administration. They say it came from internal CDC officials who were strategizing on how best to propose their budget to a Republican-controlled Congress, which meant limiting the use of controversial terms.

But even if that is the case, the public should still be alarmed. Assuming this is true, it is still a form of censorship that goes against a fundamental American value: free speech.

It would essentially mean that the government is using money as a form of leverage by withholding funds to any organization that doesn’t align with its political agenda.

According to Kimberly Wehle, a law professor at the University of Baltimore School of Law, the First Amendment does not protect the rights of scientists and researchers to use these words. This is because the Supreme Court has ruled that workplace speech is not covered under the Constitution.

“Government agents speaking in their official capacities do not get First Amendment protections,” Wehle wrote in an article published in The Hill. “If career scientists are fired for writing uncensored documents, they have no First Amendment recourse.”

In other words, censorship legalized in the form of a loophole.