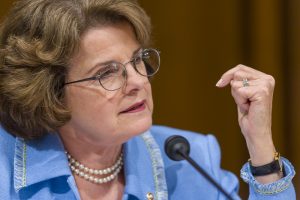 On Tuesday, January 9, California Senator Dianne Feinstein (D-CA) dropped a bombshell on the American public: she unilaterally released the full transcript of the Judiciary Committee’s interview with Glenn R. Simpson of Fusion GPS, the firm that produced a dossier in January 2017 outlining Russian efforts to aid the 2016 Trump Campaign.

Feinstein’s move was met with mixed reactions from the American public and political peers: some lauded her for her bravery, calling her a hero of the Resistance, while others criticized her for escalating partisan tensions with a unilateral decision.

But whether or not you agree with Feinstein’s actions, one fact remains: the contents of the 312-page document are extremely alarming.

It’s important to understand that Fusion GPS has extensive experience understanding and investigating Russian money laundering, and therefore it has an extremely high level of credibility. Similarly, Christopher Steele has training in disinformation, making it highly unlikely that any of the intelligence he gathered and reported was false.

Here are just a few highlights from the transcripts released by Senator Feinstein:

At the very least, the statements made by Simpson in the transcript warrant serious investigation. In reality, this document may have just blown the door wide open for a Trump impeachment—along with any complicit individuals who knew about the situation and tried to cover up or discredit it.

For further reading, check out Elizabeth C. McLaughlin’s summary of the transcript here.