Is Foreign Aid Really a Scandal? 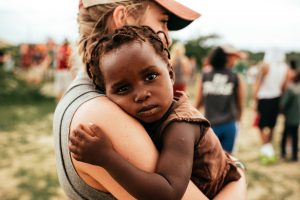 Is foreign aid really a scandalous use of federal money that accomplishes nothing?

One of the common misconceptions about foreign aid is that it takes up a huge portion of the federal budget—one reason many people think of it as a scandalous use of taxpayer money. However, according to government agency USAID, it actually makes up less than 1% of the budget.

That’s not to say our foreign aid structure is without blemishes. We often give aid to countries whose policies are diametrically opposed to the values we hold as Americans. Since 1979, Egypt has received about $2 billion a year from us, excluding war efforts in Iraq and Afghanistan. Egypt’s former President Morsi, it should be noted, gave a speech to the United Nations in 2012 urging them to help prevent free speech in Egypt that might go against Islamic beliefs. However, as of 2017, the US government has pledged to deny $95.7 million and delay the already-promised $195 million in foreign aid to Egypt, apparently due to its human rights violations.

The other big problem with foreign aid is determining if the money actually goes where it should—and if it’s handled correctly. Take, for example, the development project in South Sudan in 2011 that received about $3.19 billion. One of the biggest parts of that project was construction of a 120-mile road—the only paved road in the country at the time—that would connect the capital city of Jubo with Uganda. Led by the Louis Berger Group, the project was supposed to cost $87 million but ended up requiring $225 million, most of which was awarded to non-Sudanese contractors.

Corruption is arguably rampant in the system—or, at the very least, incompetence and mishandling of money is. Luckily, this seems to be something that’s being addressed: since its dismal 2011 report, USAID is working more diligently to document and oversee its processes. According to its website, USAID “has improved both the quantity and quality of its evaluations to inform development programming that ultimately achieves better results.” This includes more intensive training on how to evaluate programs properly, as well as using third-party organizations to determine if USAID’s work is effective (another cost, but one that will allow for nonbiased review).

Our country’s methods for executing our foreign aid goals may be flawed, but the results are actually pretty impressive. Since 2008, USAID has saved the lives of 4.6 million children and 200,000 women in 25 countries. In 2016 alone, they helped 82 women and children access essential health services. And that’s just one area of aid that USAID covers.

There’s no question that our foreign aid policies and practices could use some work. But calling the current situation a scandal denies the fact that by promoting education, healthcare, and infrastructure projects in a variety of countries, U.S. foreign aid projects promote peace and democracy around the globe.