Who Really Gains From the New Tax Law? 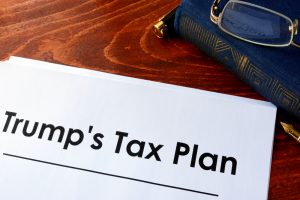 On December 22, 2017, President Trump’s Tax Cuts and Jobs Act (TCJA) officially became law, marking a major victory for the GOP. But it’s not just Conservatives who are celebrating.

After it became known that the majority of Americans would receive a tax cut, people of all political parties began to rejoice. But there’s an important question that citizens need to ask themselves: “Who really gains from the new tax law?”

The answer to that question is large corporations.

Under the new tax plan, the average individual or family will receive a three to four percent cut. Sounds pretty generous at first. But compare that to the corporate tax cut, which was reduced from 35 percent to just 21 percent. That’s a 14 percent difference.

It’s as if the administration threw breadcrumbs at the general population to keep them happy and distracted. Meanwhile, they gave the whole loaf to wealthy corporations.

To make matters worse, changes made to individual and joint-filers expire at the end of 2025. But the corporate cuts? Those are permanent.

Ronald Reagan tested this out in the ’80s when he gave similar tax breaks to affluent corporations. It did not spawn new jobs. It did not result in higher wages for low- and mid-level workers. Instead, the money went towards executive compensation and stockholders’ dividends.

“Every small business owner should look at the TCJA and feel insulted, abused, and unappreciated,” writes Jim Blasingame, creator and host of The Small Business Advocate Radio Show. “The lion’s share of the tax dollars went to the sector that, for almost a decade, has shown little interest in investing in the economy, while the sector planted and hardwired to invest everything in the Main Street economy got the hindmost.”

Perhaps the original question, “Who really gains from the new tax law?” ought to be reframed to, “Who loses based on the new tax law?” In that case, the answer is small businesses and the average working American.