Are Immigrants Bad for the U.S. Economy? 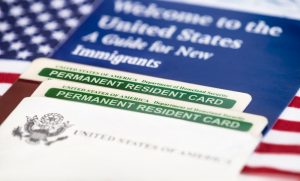 Here’s a common narrative among conservatives: Immigrants come to our country, take jobs away from hard-working Americans, and then siphon wealth back to their home countries. Local communities and economies suffer, and quality of life in the U.S. erodes.

That story, though, may be a bit too politically convenient to reflect real life. It begs the question: How do these kinds of claims hold up when measured against the facts?

The national debate around immigration policy resurfaced in 2016 when then presidential candidate Donald Trump began making calls to build a border wall to keep Mexicans out of the country.

On the other side of the political spectrum, Democratic primary candidate Bernie Sanders attempted to undermine Trump’s immigration policy proposals, arguing that by directing anger toward immigrants, Trump was employing a tactic meant to gloss over the real problems facing America—namely, corporate greed and income inequality.

With all of these conflicting messages, it’s worth exploring the actual data to get a better idea of how the U.S.’s current immigration policy actually affects the economy.

When it comes to legal immigration, data actually shows that immigrants create jobs and tend to have a positive impact on the American economy independent of whether US policymakers prioritize skilled over unskilled migrants. In fact, immigrants make up a full quarter of the US’s entrepreneurs and a quarter of its investors, despite representing only 15 percent of the country’s general population.

It gets complicated when we start talking about instances where immigrants are exploited for cheap labor. A common argument is that undocumented immigrants take jobs that native-born Americans don’t want. The catch-22 here is that native-born Americans might have taken those jobs if wages were better, but with little bargaining power, undocumented individuals end up filling the gaps. Even in the case of legal immigration, some argue that an influx of migrants into any industry can push wages down, forcing native-born people out. While this can in fact create more wealth for businesses, it also can sideline working class non-immigrant workers. There’s clearly economic growth taking place, but the spoils aren’t necessarily distributed evenly among different groups.

It’s important to note that the most compelling solutions may have less to do with deportations and wall building and more to do with promoting fair business practices. It’s clear that immigration benefits the U.S. economy at a macro level, but when we zoom in to the ground floor, we see that exploitative practices are hurting very real people—immigrant and non-immigrant alike. If we’re going to solve the problem as a nation, we need to move beyond simplistic, traditional partisan rhetoric and approach the immigration policy with nuance and fresh perspective.