Is the Old-Style Trickle-Down Economics Dead? 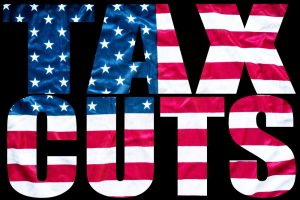 Trickle-down economics has made a comeback in recent years. Photo: Shutterstock

The economic theory arguing for tax cuts for big business has largely been debunked. Nonetheless, we just saw the United States Congress pass one of the largest tax cut bills for the wealthy in United States history.

How and why does this economic theory persist even though it’s been shown to broaden income inequality? What role does trickle-down economics play in American society today?

Versions of trickle-down economics have garnered success over the years in the US, but most of them have come with caveats. Under Reagan, a trickle-down approach helped end the 1980s recession. George W. Bush took a similar approach to end the 2001 recession. But Reagan also increased government spending, almost tripling the national debt. Under Bush, the Federal Reserve lowered the fed funds rate, making it unclear whether monetary policy or trickle-down style tax cuts were responsible for ultimately solving the problem. In addition, Bush’s successor inherited one of the worst economies in US history.

In both Bush and Reagan’s case, income inequality increased over time. The traditional justifications for trickle-down economics, that poor and working-class folks benefit from tax cuts for the rich, has been shown to be false. Though trickle-down policies might boost growth and market confidence in the short term, it doesn’t necessarily mean that the growth is lasting, or that it benefits the lower and middle classes.

Tax cuts might sometimes be a good idea, but not unless policies are in place to ensure economic stability. The wealth does not, in fact, trickle down on its own.

It’s surprising that the calls for trickle-down policy haven’t adopted more nuance, but support for broad corporate tax cuts may make more sense if we think of political incentives. It may be less about good policy and more about winning votes.

The emergence of the Tea Party in America set up a system where skepticism of government became a winning platform, and any rejection of government (like cutting taxes) was seen as a success. It’s an environment where a political victory means ignoring good economics for the sake of a winning, if ill advised, ideology. If we think about unbridled trickle-down economics as a convenient political weapon Republicans can use to mobilize a disgruntled electorate, then trickle-down’s pesky persistence makes much more sense.