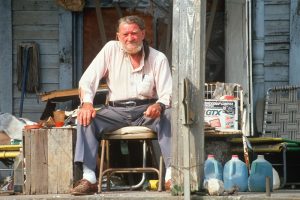 We’ve all heard it before: someone told a friend of a friend that they saw a designer jewelry-clad woman carrying a brand-new iPhone, who then whipped out her food stamp card to pay for her groceries. But this so-called welfare queen, who is allegedly living high on the hog with her welfare benefits, is a long-standing myth.

The modern incarnation of the myth came when Ronald Reagan, during his 1976 presidential campaign, mentioned Linda Taylor, a “welfare queen” who had defrauded the government to the tune of hundreds of thousands of dollars in benefits.

While Taylor did defraud the government, she did not do so as a simple public aid recipient—she stole her money from a variety of government services and defrauded private individuals as well.

Unfortunately, Reagan’s use of her story and dubbing her a welfare queen created a wildly inaccurate public perception of public aid recipients. They are not, in fact, “fur-laden thieves bleeding the American economy dry.”

Another issue that emerges from this terminology is its racist connotation. Even among people who don’t see themselves as racist, the pervasive stereotype of a welfare queen is an image of a lazy, single black mother living large off of the bounty of the honest taxpayer.

Why? The image of poverty and welfare being associated with people of color has a lot to do with the media’s portrayal of poverty and its relationship to race. In 1964, 27 percent of the photos accompanying stories about poverty in three of the U.S.’s top weekly news magazines featured black subjects. The following year, it was 49 percent, and by 1967, a whopping 72 percent of photos accompanying stories about poverty featured black Americans.

So, who really does get the majority of government assistance? Let’s take a look at the statistics.

The nonpartisan Center on Budget and Policy Priorities analyzed Census Bureau data to measure poverty and the government’s role in lowering poverty rates.

How do you measure poverty? The measurement used by the Center on Budget and Policy Priorities was the Supplemental Poverty Measure (SPM), which includes both cash and “near-cash” benefit programs and refundable tax credits, but not health insurance programs. The CBPP also said that the SNAP (formerly known as food stamps) program is so important that analysts across the ideological spectrum agree with the inclusion of SNAP in poverty estimates.

The researchers found that the poverty rate before government assistance is highly correlated with education level. Working-age adults of any race without a college degree are more than three times more likely to live in poverty. More than 80 percent of adults who are poor before government assistance live in families where no one has a college degree. 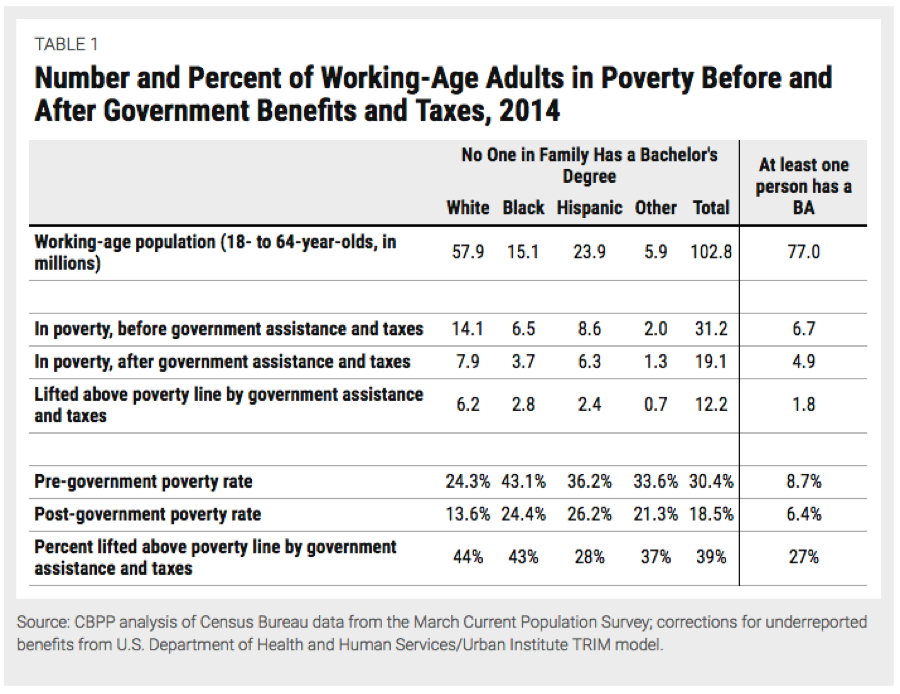 While working-class adults who are minorities are statistically more likely to live in poverty than whites, the reality is that government aid assists individuals across all races. Instead of promulgating racist myths to justify cutting away at the social safety net, we would be much better served by continuing to fund these programs—while at the same time finding efficiencies that would allow more resources to be directed at helping needy people of all races find a way out of poverty.