Is The U.S. a Democracy or a Republic? 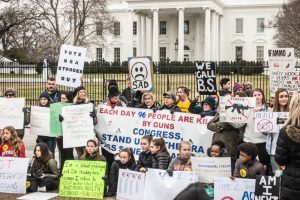 The United States is a democracy, right? Yes. Absolutely. But if that’s the case, why are we seeing arguments to the contrary?

It’s not in headlines, but below the surface within right-leaning online political publications—the kinds of places some might go to find alternatives to what’s being dubbed “fake news” by our president—people are trying to argue that the U.S. is a constitutional republic, and not a democracy at all. But of course the U.S. is a democracy! Why would anyone want to confuse the issue?

Before we try to answer that question, let’s talk about how the American democratic system actually works. The folks perpetuating these stories say that republics and democracies are incompatible things, and that the U.S. is a republic. Any civics expert will tell you that these two systems are not mutually exclusive.

It’s true that the founding fathers didn’t support a pure, direct, Rousseauian-style democracy, but they clearly did believe in a democratically elected government. To reconcile two ideas, they devised a system where representatives are democratically elected by the populace to serve at the pleasure of the citizenry.

Where you have voting representatives, you have a republic. The Senate was created to balance power between more and less powerful states based on region, and the House of Representatives served to represent the citizenry based on population.

Now that we’ve tackled this issue, let’s get back to the question at hand: is the U.S. a democracy or a republic? Why would any interest group seek to perpetuate a story that says the American system is a Constitutional republic and not a democracy? The answer is all about messaging.

On its most basic level, this kind of argument gives ammo to folks who want to engage in debate surrounding political structures. It may make someone feel as if they know something others don’t, or that they can redirect a conversation toward a topic they feel informed about. It’s empowering, and that’s how the narrative spreads.

This doesn’t seem so bad on the surface, but it’s the implied arguments that are frightening. For instance, it suggests that democracy itself is bad, that it represents big government, and so it should be squashed in favor of republicanism. Democracy, then, is seen as invalid and associated with Democrats, and republics are seen as constitutional and associated with Republicans.

If this seems like too big of a logical jump for you, keep in mind that these kinds of arguments do in fact exist, and often follow reductive and incomplete reasoning. One popular YouTube video paints the “left vs. right” divide as a spectrum with big government on one end, anarchy on the other, and republicanism sitting safely to the right of direct democracy. It’s really a perversion of the political compass, a common tool for understanding political ideologies.

The most frightening element of the argument, though, is that people who subscribe to the idea that democracy is bad can use the idea to justify horrible abuses. For instance, if democracy is associated with mob rule or is seen as somehow unconstitutional, then arguments against it could potentially be used to justify voter suppression efforts in the name of constitutionality, or worse.

The GOP is shrinking and becoming an increasingly white party with all demographic trends working against it. Whites will be less than 50 percent of the U.S. population by 2050. So, this push to crush out the term “democracy” as an enemy of the Constitution probably has to do with asserting the right of the minority to rule over the majority. It is a dangerous mindset that ignores the notions of self-governance and self-rule that are core concepts being expressed whenever someone says, “the U.S. is a democracy.”