Should the U.S. Continue Sending Foreign Aid to Pakistan? 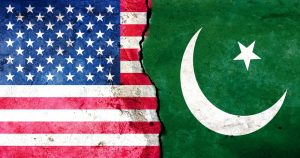 Republicans in Congress are pushing to end US foreign aid to Pakistan, a move that could create international instability and weaken the U.S.’s bargaining power.

On Tuesday Congressmen Mark Sanford of South Carolina and Thomas Massie of Kentucky introduced the legislation in the House, joining Rand Paul’s efforts in the Senate to fund infrastructure projects by ending foreign aid to Pakistan. The trend started after President Trump froze aid to Pakistan in early January, describing the country as a safe haven for terrorists.

There are a couple questions we should be asking as our government explores its options. First, is this a shift toward isolationism in the Republican Party, and if so what will this trend look like moving forward? Secondly, should we end funding to Pakistan?

Republicans of the past were by no means isolationist. Reagan promoted free trade with Latin America, and President Nixon is famous for blindsiding the world with his trip to China. The isolationist streak within the Republican Party may have always existed, but until recently, it hasn’t been one of its defining attributes.

The 2016 presidential election revealed a renewed focus on domestic politics and the working class. On the left, it explains the rise of Bernie Sanders, who advocated for increased spending for healthcare and free college tuition programs. On the right, Donald Trump spoke to working-class Americans who felt they had long been ignored, by promising to put them first.

While the left wants to tax the rich to pay for programs, the right’s focus is on cutting social programs and international aid. Hostility toward Pakistan follows President Trump’s past patterns of isolating the U.S. from Islamic countries. If we think about things in this context, then cutting ties with countries like Pakistan serves to both bring money back into the U.S. and appease the anti-Muslim element of the Republican base.

From a purely political standpoint, this is a strategic move that makes sense for the right.

But, this leads us to our second question: Should we cut funding to Pakistan? That question is much more complex. While Republicans (and not a few Democrats) may want to play a black and white “you’re with us or you’re against us” game, this limited view ignores realities that could have a huge impact.

For example, India and Pakistan are historically a political powder-keg that fall along old Cold War dividing lines. In fact, Nixon opened the door to China with communication through Pakistan. Pulling support for Pakistan could lead to international instability, creating more conflict abroad, not less. It could also quash an important foothold the US enjoys in the region. Disengaging from the country will likely weaken the US’s bargaining power, and promote more instability, not less.

In an era of rising populism, it’s import to educate ourselves on the true costs and benefits of our foreign aid programs. Studies show that Americans think we spend 31% of our total federal budget on foreign aid, but in fact, the total is only around 1% and rapidly declining. As long as this massive misperception about the cost of U.S. foreign aid pollutes the minds of American voters, we must redouble our efforts to share the true costs and benefits.