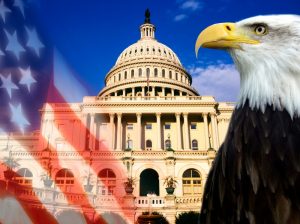 As of late, “big government” has become a dirty word. For lots of people it brings to mind concepts like totalitarianism, loss of freedom, and the moral corruption of society. But the fear regarding big government stems from myths and unfounded conspiracy theories. In this article, I address these fears head-on so that we can stop the spread of misinformation. But first thing’s first: a little history on the subject matter.

The question of whether big government is bad dates back to the Civil War, when the Confederacy argued that the federal government was trampling on states’ rights by trying to abolish slavery. Assuming that we can all agree that forced, unpaid labor is wrong, outlawing the practice of slavery across state lines is a scenario in which the federal government made the right call. In this instance, big government granted people freedom and helped propel America towards a more just and equitable society.

In modern-day context, big government supports personal liberty through tax-funded programs that are designed to empower people. For a good example, look no further than K-12 education. Without access to a free, basic education, many more Americans would be living in poverty today. And beyond basic K-12, data shows that working-class adults living in families with no college degree are more than three times as likely to be below the poverty line.

And yet, many Americans are against welfare programs despite how effective they’ve been proven to be.

Part of the reason is due to prevailing myths regarding how much welfare costs. A 2011 CNN poll revealed that most Americans believe welfare comprises a huge portion of the U.S. budget. Those surveyed estimated that we spend an average of four times more than the actual cost, when the truth is welfare actually makes up less than 15 percent of discretionary spending.

While there are always improvements and efficiencies that can make programs more effective, data shows that the U.S.’s welfare programs are making a big difference. Data from this CBPP report showed that between 2009-2012, the government tax and benefit system reduced poverty by more than 50 percent in 41 states. Further research by CBPP also found that poverty rates were cut in half by safety net programs in 2013, with a total of 39 million Americans (including 8 million children) lifted out of poverty.

America will always be the land of opportunity, and often programs like these are what make it possible for the underdog to succeed in a capitalist economy. It’s called the American Dream for a reason—anyone should be able to achieve it. While our government is far-reaching, that is not necessarily a bad thing; after all, its purpose is to protect and promote the common welfare of its people. Should we remain skeptics and keep it from becoming excessive? Absolutely. But let’s not equate excessive government with a government that provides social programs that actually do help millions of Americans every single year.

“True security is based on people’s welfare – on a thriving economy, on strong public health and education programmes, and on fundamental respect for our common humanity. Development, peace, disarmament, reconciliation, and justice are not separate from security; they help to underpin it.” ~ Ban Ki-moon