America Isn’t the Only Country Struggling with Islamophobia 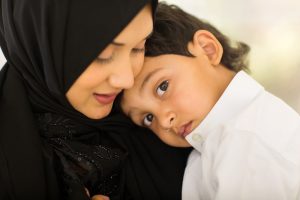 Unfortunately, fear of the Islamic community is common in the U.S. and Europe. Photo: Shutterstock

“The face of terror is not the true faith of Islam. That’s not what Islam is about. Islam is peace.”

Those were the words of former U.S. president George W. Bush, spoken after the infamous September 11 attacks, when he felt it necessary to distinguish between the beliefs of fundamentalist terrorists and the beliefs of the rest of the Islamic community. It was an important distinction, and a noble effort to fight prejudice in the face of almost insurmountable fear.

President Bush would become much more controversial, spearheading the Iraq and Afghanistan invasions and involving the U.S. in wars it’s still embroiled in more than a decade later.

Whether it’s been the legacy of these conflicts, continued Islamic terrorism, a combination of these things, or other factors, Islamophobia has persisted in America and around the world. A recent study showed that assaults against Muslims recently surpassed post-9/11 era numbers. President Bush’s warnings to distinguish between violent extremism and the wider Islamic community seem to have gone unheeded. Hate crimes against Muslims have spiked since the election of President Donald Trump, who is known for stoking distrust of immigrants, and regularly suggesting that Muslim refugees should be seen as terrorist threats. In reality, radical Islamist extremists do not commit the most terrorist attacks in the U.S.

Trump’s type of nativism also exists across the western world. The UK’s Brexit vote, which occurred months prior to Trump’s election in the U.S., resulted in the UK’s highest spike in religious and racial hate crimes ever recorded; much of the rhetoric surrounding the pro-Brexit movement has been seen as anti-immigrant. It’s hard to ignore the parallels.

These statistics are depressing, but that doesn’t mean there isn’t hope for a more peaceful and accepting world. German Islamophobia toward Syrian refugees is well documented, but in at least one case, a compassionate and open approach provided an opportunity for redemption and mutual understanding.

Arthur Wagner, a prominent member of Germany’s far-right anti-Islam party, recently converted to Islam and stepped down from his leadership post within the organization.

What changed? It sounds cheesy, but it’s true: he challenged himself to listen, and get to know people within the Islamic community he feared. It’s a great example of how we can fight prejudice by making a sincere effort to understand one another.