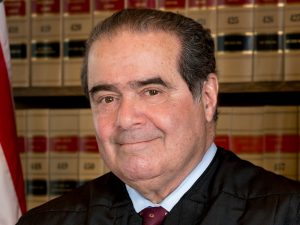 Supreme Court Justice Antonin Scalia had some pointed words about what the Heller decision does–and doesn’t–mean.

Despite common perceptions, the Supreme Court’s Heller decision in 2008 was good news for gun violence prevention advocates. Typically, Heller is seen as a disaster for gun safety advocates because the Court asserted for the first time in U.S. history that the right to bear arms exists as an individual right separate from the need to serve in the Militia.

But the Heller decision was only a blow to folks advocating for a total ban of all guns, and most polls show that very few Americans want that. I like Heller because it clarified the Second Amendment for everyone. Now we know where we can and can’t draw the line on gun violence prevention. Because of Heller, we know we can put in place pretty much any kind of regulations we want: training and license requirements, waiting periods, background checks, age requirements, insurance rules, and banning guns that are too dangerous.

In the interest of public safety, Congress or states have the freedom to make firearms hard to get; but Heller also ruled that we can’t ban any guns that are “in common use for legal purposes,” with handguns being the specific type of gun that was ruled to be legal for personal use. After the 2016 Orlando nightclub shooting, Newsweek raised a good point about the “in common use” provision in its article titled “ANTONIN SCALIA’S 2008 RULING SET PARAMETERS FOR TODAY’S GUN CONTROL REFORM DEBATE,” and this is likely where any new legal battles will fall: 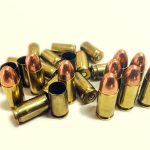 Dick Anthony Heller was the plaintiff in a lawsuit against the District of Columbia to defend his second amendment right. He was opposed to the Firearms Control Regulations Act of 1975, which was passed by the D.C. city council. The law banned residents from owning handguns, unless grandfathered in by registration before 1975. The law also required residents to keep their firearms “unloaded, disassembled, or bound by trigger lock or similar device.”

The court stated that handguns are “arms,” so they must not be banned within the District of Columbia. The court also found the requirement to keep all firearms “unloaded and disassembled or bound by trigger lock” to be a prohibition on the lawful use of firearms for self-defense, deeming it unconstitutional. The defendant’s dissent stated that the Second Amendment Rights did not extend to the residents of Washington, D.C.

“What he didn’t say in the opinion—and what the court has deferred ruling on—is whether an AR-15 fits the bill for a common weapon. On one hand, it’s certainly not rare. There are more than a million in circulation. On the other hand, it’s not as ubiquitous as ordinary rifles and handguns. At some point, the John Roberts court will wrestle with the questions Scalia left unanswered, or the justices will leave it to the political process.”

By design of the NRA and the GOP, there is no way to know exactly how many of any type of weapon is in the US. But, here’s an estimate from McClatchy:

“The NRA estimates that between 8.5 million and 15 million assault rifles are in circulation based on manufacturer data, said Baker, the group’s public affairs director.”

So, let’s say it’s 11 million. When you consider that there are 300 million guns in the US, that indeed seems relatively rare. Any court rulings will come down to that definition and the competing interests and rights of Americans who believe their natural right for “domestic tranquility” outweighs the natural right to self-defense as expressed in the Constitutional right to bear arms.

One of the main points often argued by gun rights advocates is that we have an “uninfringed right” to be bear arms, so any gun laws or restrictions are unconstitutional. But here’s where we run into a common misunderstanding of what “uninfringed right” actually means: simply that you are able to have some type of access to some type of firearm. It does not mean you have an uninfringed right to any type of gun, no matter what.

As Scalia wrote in Heller:

“[L]ike most rights, the right secured by the Second Amendment is not unlimited.” It is “not a right to keep and carry any weapon whatsoever in any manner whatsoever and for whatever purpose.” And: “Nothing in our opinion should be taken to cast doubt on longstanding prohibitions on the possession of firearms by felons and the mentally ill, or laws forbidding the carrying of firearms in sensitive places such as schools and government buildings, or laws imposing conditions and qualifications on the commercial sale of arms.”

The Heller decision clarified the Second Amendment, which in many ways made it relevant for the 21st Century. And now, public pressure is greater than ever to implement new gun violence prevention measures. It will be interesting to see if Congress finally picks up on Heller’s cues and acts.