No, Welfare Benefits Are Not “Big Money” 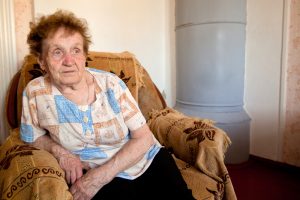 Most welfare benefits go to the elderly and disabled–people who can’t work. Photo: Shutterstock

There’s been a lot of rage-fueled ink spilled over welfare benefits in the U.S.

Right-aligned think tanks like the Cato Institute would have us believe that people choose to live on welfare because they make a better living that way than they would by having a job.

On the flip side, left-leaning organizations plead for us to realize that there has been, and continues to be, genuine suffering as the welfare rolls have decreased since landmark welfare reform laws were passed in 1996.

But what’s the truth?

To the surprise of nobody who stops to think, it’s just not that simple—on either side.

Let’s take a closer look at the data.

The first step is to address the issue that welfare recipients in some states earn the equivalent of more than that state’s minimum wage—that is true. However (and that’s a big however), state welfare benefits are nowhere near the average household income in those states. Using information from this article about the Cato study and U.S. Census Bureau data about average household incomes, we can see the difference. Here are three examples of states in which welfare benefits pay more than minimum wage:

Lest we be accused of comparing apples and oranges, the Cato Institute based its numbers on a family of a single mother and two children (because it’s all about the lazy “welfare queen,” right?). The U.S. Census Bureau puts the average household size at 2.54 people—roughly the equivalent of one adult and two kids, or two adults and one young child.

Keep in mind also that the federal poverty level in 2017 was $20,420 for a family of three. You can see from the data that only one of the states listed above offers a minimum wage that puts people above the poverty level. Poverty levels in certain exorbitantly priced metropolitan areas such as Seattle, New York, or the San Francisco Bay Area (where a family of four with an income of $105,350 per year is considered “low-income”) are much higher than that.

The problem here isn’t with poor people receiving welfare benefits. The problem is that Cato is asking the wrong question. Despite Franklin D. Roosevelt’s 1933 statement that the minimum wage is meant to be a living wage, individual states’ minimum wages have consistently declined in earning power when compared to the average cost of living and adjusted for inflation. The result: there is no state in the country where people can get by working full-time on minimum wage. 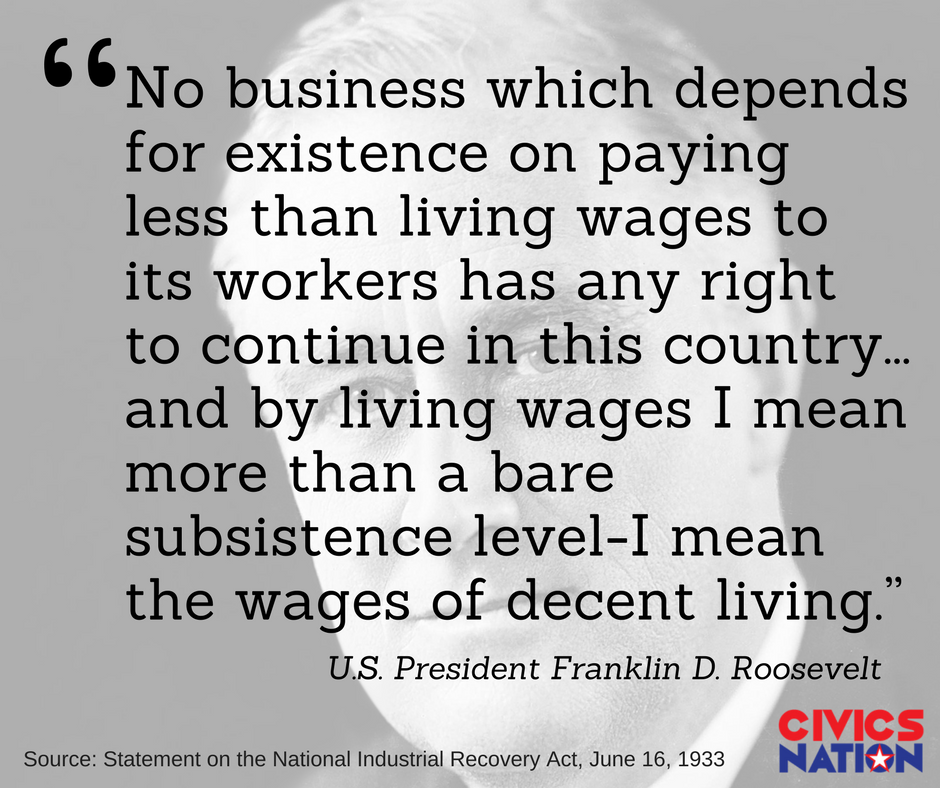 So what does the minimum wage for working people have to do with welfare benefits? Quite a lot, it turns out.

Let’s turn our attention to who actually receives welfare benefits.

According to a UC Berkeley study, more than half of the public assistance around the country goes to working families. The report’s authors examined the cost of five aid programs—Medicaid, the Children’s Health Insurance Program (CHIP), Temporary Assistance for Needy Families (TANF, a.k.a. “welfare”), the Earned Income Tax Credit, and Supplemental Nutrition Assistance Program (SNAP, also known as food stamps)—from 2009 to 2011. What they found was that 61 percent of Medicaid enrollments, 36 percent of SNAP enrollments, and 32 percent of TANF recipients were working families.

Regarding the Earned Income Tax Credit, 74 percent of recipients were working families, which isn’t surprising, given that the credit only goes to people whose wages put them near or below the poverty level.

Given, those statistics were taken during the height of the Great Recession, which temporarily swelled the rolls of people receiving government assistance. But the point we’re making here is that even without the recession, a significant portion of the entitlements that conservatives like to think are creating a “culture of dependency” are in fact going to people who work hard and earn low wages despite their best efforts; this is not the same as the fantasy “welfare queens” sitting around watching cable TV, eating steak and lobster, and smoking crack on the taxpayers’ dime.

So, if people who refuse to work aren’t receiving welfare benefits, who is?

That leaves two percent of welfare benefits going to people who may be able to work but don’t do so.

Regardless of what the pundits would have you believe, welfare benefits don’t provide big bucks to people who are sitting back enjoying the high life while you work hard for your money. Welfare benefits in most states don’t even come close to meeting the average income for a working family of comparable size. Most of the people receiving these benefits can’t work for various reasons, and a significant number of people receiving SNAP and other government entitlements are actually working hard for their money.