The Success of Energy Loan Programs 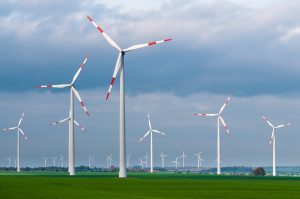 It wasn’t that long ago that the Obama administration and its supporters envisioned an American future that enjoyed the successes, wealth, and independence created by “green collar” jobs meant to replace declining manufacturing industries in the U.S. and support a cleaner energy industry.

But what happened to those dreams? Under the new administration we’re seeing a roll back on environmental protections and it’s likely we’ll see less support for innovative clean energy and climate policy initiatives.

An example of a program we may see on the chopping block, and one of the more creative programs the government has invested in, is the clean energy loan program enacted during the Bush administration. 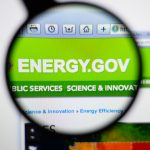 The Department of Energy ensures “America’s security and prosperity by addressing its energy, environmental and nuclear challenges through transformative science and technology solutions.” Today, this means helping to develop alternative energy resources as well as managing fossil fuels, electric power, energy storage, and hydrogen fuel. But did you know that the department has roots in the Manhattan Project and the atomic bomb?

In 1942, the U.S. Army Corps of Engineers oversaw the Manhattan Project to develop the worlds first nuclear weapon. After the war ended the Atomic Energy Program (AEC) was created to manage nuclear research and development moving into the future. This agency would later split into the Nuclear Regulatory Commission and the Energy Research and Development Administration.

In 1977, in response to the 1973 oil crisis, President Jimmy Carter signed into law the Department of Energy Organization Act to consolidate existing energy regulation bodies under a single umbrella agency. The Energy Research and Development Administration, the Federal Energy Administration and the Federal Power Commission were brought together to create the new agency, and the Department of Energy was born.

Historically, much of the press around the program has centered around the Solyndra “scandal.” Solyndra was a solar panel company that defaulted on its $535 million Department of Energy loan, thus establishing itself as a symbol for Republican opposition seeking to discredit President Obama’s stimulus program or any attempt by government to “pick winners and losers.” But Solyndra was one of only four failures out of 31 projects that totaled $32 billion. The Department of Energy program actually ended up making money with interest payments from projects funded by the loan program more than offsetting losses.

So, Solyndra was a part of a wildly successful program that helped jump-start America’s clean-energy infrastructure while creating thousands of jobs and yet it became the poster child of government failure.

Due to Solyndra’s failure, some even argued that the energy loan program was a poor investment from the start, and that if the government were acting as a venture capitalist, it never would have invested in such a high-risk program.

This ignores that the clean energy loan program and other climate policy initiatives were never about short-term profit, but instead about long-term stability. Creating self-sustaining clean energy sources has always been about protecting the environment and making the U.S. less dependent on foreign fossil fuels. The short-term risk was planned for.

To pretend that it’s simply about turning a profit distracts from the fact that the loan program was put in place to spur necessary innovation the free market couldn’t produce on its own. Investments in America’s infrastructure, like those made by the Department of Energy, are vital to helping America’s private businesses and industry thrive.