Can Politicians Legally Threaten Companies Under the First Amendment? 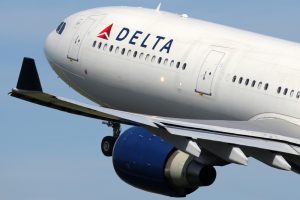 Does the First Amendment allow politicians to threaten corporations for taking a stand? Photo by Markus Mainka / Shutterstock.com

After Delta Air Lines severed ties with the NRA, Georgia’s Lt. Gov. Casey Cagle (R) threatened to retaliate by voting against tax legislation that would benefit the company.

It was certainly a bold move for Cagle, who claims to have received an “A+” rating from the gun rights organization every year since he became an elected official.

But was it a legal one? That’s up for debate.

Critics of Cagle say it’s a clear violation of the First Amendment—an elected government official leveraging his position to exert control over a company’s political affiliations. But according to ethics experts, intimidation tactics like these are actually quite common.

What’s more is that legislators often get away with it. Here’s why.

According to Emory Law School Dean Robert Schapiro, it all boils down to evidence. Before any legal challenge can be raised, there needs to be a clearer quid pro quo (e.g. you said that; therefore, the government is punishing you by doing this). 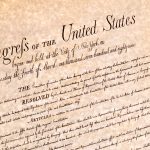 The First Amendment states the following:

“Congress shall make no law respecting an establishment of religion, or prohibiting the free exercise thereof; or abridging the freedom of speech, or of the press; or the right of the people peaceably to assemble, and to petition the government for a redress of grievances.”

In this particular case, where legislation is being blocked rather than created in response to Delta’s actions, the chances of legal retaliation are much lower. The courts are likely hesitant to intervene because the tax breaks in question were simply never voted into law—making everything in the argument theoretical. If Cagle hadn’t said anything, would the bill have passed with the tax cut? It’s likely, based on the support it had leading up to the event—but we can’t say with surety that it would be the case.

But all that aside, Cagle’s comment was potentially devastating to his constituents. Although Cagle threatened Delta with the loss of a tax break, Delta ultimately has more leverage: jobs. The airline is Georgia’s largest private employer, with 33,000 employees statewide. Several Democratic leaders, including Virginia Gov. Ralph Northam, have offered Delta the opportunity to relocate should it decide to pursue the matter further.

On March 1, Cagle’s threats to Delta came to fruition when Georgia lawmakers approved the bill, stripped at the last minute of its jet fuel tax break that had previously had widespread support. The tax break was advocated for largely because it would attract more flights to Atlanta over other major airports—an economic advantage that has now been forfeited.

On Tuesday, March 6, 2018, Cagle tweeted about the “economic prosperity” that he has brought to Georgians. But his latest comments put 33,000 people’s jobs at risk, many of whom are his own constituents. 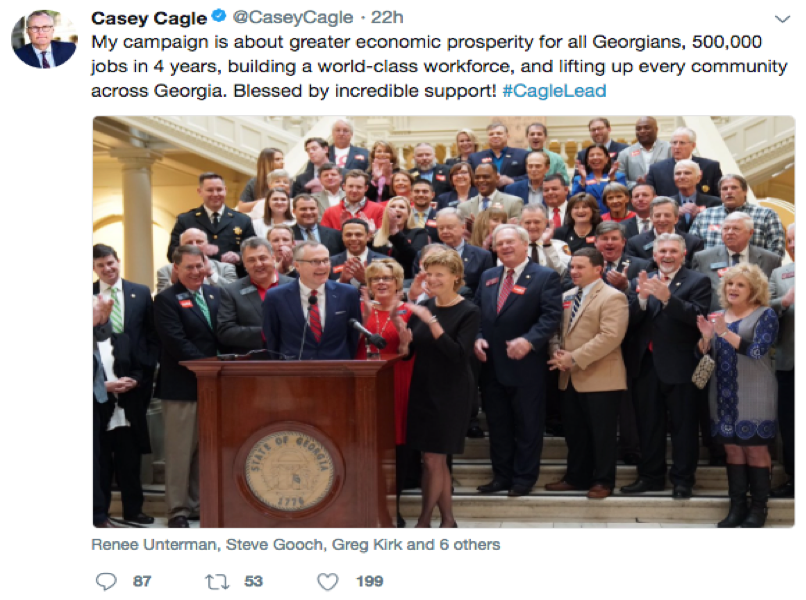 If Cagle proved anything with his latest comments, it’s that his loyalty to the NRA comes before all else—including his own people. That type of an attitude just may cost him in the next election, likely the upcoming gubernatorial race in Georgia.

Ironically, Delta Air Lines stated that its removal of the NRA discount was actually an attempt to stay neutral as a corporation in one of the most divisive issues facing the U.S.—a fact that lawmakers on all sides seem to be missing. According to Delta’s CEO Ed Bastian:

“While Delta’s intent was to remain neutral, some elected officials in Georgia tied our decision to a pending jet fuel tax exemption, threatening to eliminate it unless we reversed course,” Bastian said. “Our decision was not made for economic gain and our values are not for sale.”

Delta is also in the process of reviewing other discounts it gives customers—and removing any they deem to be for a “group of a politically divisive nature.” The now infamous NRA discount ended by Delta was only ever used 13 times.