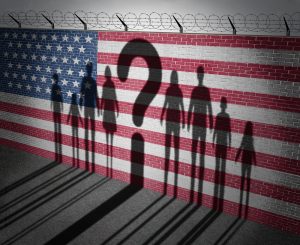 Which kind of immigration is better, family-based or competency-based immigration? This uncomfortable question is used as a tactic to distract us from the real economic and structural issues facing the U.S., and we see this false choice being presented over and over again to fuel anger on both the left and right. For politicians who benefit from a divided America, it’s a very useful narrative.

What we end up with is two sides shouting at each other. The right fixates on what kinds of immigrants we should prioritize to benefit the country, seeing choices like the family-based vs. competency-based identifiers as either/or options and objective tools for narrowing the field. The left sees this and becomes outraged, calling Republicans and conservatives racist for dehumanizing non-American nationals. The right responds with frustration and defensiveness, taken aback by the left’s vitriol, and the classic divide perpetuates itself.

Like many of the touchiest subjects in American politics and policy, the question being put forth here—which type of immigration should we have—completely misses the necessary nuance. It shouldn’t be a question of which type we should have, but rather a question of what combination of the two makes the most sense. Both systems have merit and forcing an either/or scenario serves no one except those who just want to further the divide among Americans. 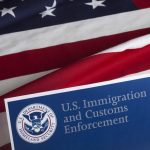 If you’re a student of U.S. immigration, or follow immigration debates, you’ve probably heard of Immigration and Customs Enforcement (ICE) officers. ICE can be controversial, but however you align politically, understanding the history around how our government bodies come to be is important. So where did ICE in its current form come from?

Prior to 2002, the responsibilities currently managed by ICE were spread across various government bodies spanning the United States Customs Services, the Naturalization Service, and the Federal Protective Service. After the 9/11 World Trade Center attacks in 2001, these agencies became part of the Department of Homeland Security, and ICE became the new department’s largest investigative arm. In addition to being the organization that oversees all deportations, ICE is a large contributor to the Joint Terrorism Taskforce and performs important investigation and intelligence gathering services for the Federal Government.

Another issue with the immigration conversation is that there are two conflicting narratives in the U.S. around immigrants themselves. One is that the U.S. is a melting pot, a nation of immigrants. That this is what makes us different and is what spurs innovation. That shutting the doors to immigrants makes us amoral and elitist.

On the other side, the narrative is that immigrants are stealing American jobs. That those immigrants keep more deserving citizens from getting ahead, undercutting hardworking U.S. citizens. That immigrants take away the American Dream from Americans and bring more crime to American cities.

The two narratives are expertly crafted to constantly keep us at each other’s throats. But it’s distracting us from a more insidious problem.

It’s clear that Americans are suffering. Many feel unheard and unheeded, and they’re looking for somewhere to place the blame. Immigrants certainly are a convenient target, and immigration laws have been a growing concern spotlighted constantly by politicians and the media. When a hardworking American loses their job, replaced by an immigrant who will work for lower wages, it seems sensible to point the finger at this, the obvious culprit, the person who came into your country and took your job. It’s personal, it’s emotional, it plays on our fears, and it hits the average American right in the gut.

Make no mistake; this does happen. Even though immigrants as a whole have been shown to be a boon to the U.S. economy overall, those benefits are not always felt evenly among different groups of Americans. And when you’re the guy who just got replaced, the “big picture” view of the American economy really doesn’t mean anything to you. What matters is that you just lost your job, your livelihood.

But the erasure of the middle class in the U.S. is a symptom of a larger problem, one that is consistently overlooked because we’re so busy being outraged about immigration policy.

We live in a political system where big business is king. Huge corporations get big tax cuts, but aren’t given incentives to support blue collar Americans. They can ship jobs overseas and overpay CEOs all in the name of good business. The economy technically grows, but that doesn’t mean the benefits trickle down to the average Joe.

Imagine that you are an American who is broke or struggling, having lost your job after the company you work for moved its workforce abroad or replaced you with less expensive labor. You’re upset and afraid—your livelihood has now disappeared, been given to someone else. Now imagine that every time you try to express your frustration, you get talked down to, dismissed, or worse, ignored completely. What do you do? It’s simple. You get angry.

The problem is that politicians and other talking heads take advantage of that anger and fear, and then they misdirect it to serve their own interests. They gut complex issues, making them out to be black and white problems that polarize Americans and can serve as a rallying call for their voter base. Instead of tackling how to create policy that favors citizens over corporations, they instead direct our anger toward a symptom of the larger problem: immigrants taking American jobs. For most people, it’s much easier to grasp the concept of fighting off your immigrant neighbor than it is to fix a complex and broken political system. It’s a band-aid of a solution for a problem that requires surgery.

This polarization is a very old tactic used to divide people and hold onto power. During the early days of the American experiment, rich whites would pit poor whites against poor blacks to keep the two groups from joining together in revolt. When our current president talks about “shithole” countries in Africa, and compares them to favorable Nordic countries, he’s using the same tactic. Keep the people squabbling and they’ll never be able to challenge the status quo.

If we’re going to get beyond the classic divides that we see in America, we need to start thinking about the conversation differently and start treating each other as humans instead of enemies. When talking heads and politicians bring up family-based immigration, chain immigration, or anchor babies, we need to understand that it feeds a very old, toxic story that distracts us from the real problem. America’s working-class struggles have less to do with immigration and more to do with corporate responsibility and responsible government policy that actively lifts up American workers—instead of keeping them down.