Will Tariffs on Steel and Aluminum Help the Economy? 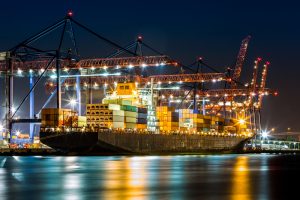 Tariffs will do more to harm the economy than to help it, economists say. Photo: Shutterstock

President Trump signed an executive order this month designed to “level the playing field” of international trade balances: a 25 percent tariff on steel imports and 10 percent on aluminum. While the tariff is politically popular among people who feel victimized by cheap foreign labor, most economists find tariffs harmful not only to economic well-being generally, but to employment in particular.

Leaving aside the question of whether the playing field is truly tilted against the United States—a proposition that is difficult to prove given the complexities of international trade and the limitations of measured trade balances—we can look at the most basic elements of the effects of tariffs on the economy, as did the great Scottish economist Adam Smith in 1776, in his classic book, The Wealth of Nations.

Here’s what Smith wrote: “It is the maxim of every prudent master of a family never to attempt to make at home what it will cost him more to make than to buy,” a principle that applies no less to countries than to families. In most situations in which two individuals, two families, or two nations wish to improve themselves by trading goods or services with one another, Smith argued that it would be inefficient and perhaps immoral for a governmental authority to prevent it.

Civics Lesson: What Is a Tariff? 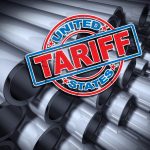 The first tariff passed by the U.S. Congress was the Tariff of 1789, which sought to generate revenue for the federal government and to act as a protective barrier around domestic industries. Tariffs have historically played a role in the U.S.’s foreign trade policies, from colonial times to present, though they have largely declined over the past century.

Another economist, David Ricardo, advanced the work of Smith by demonstrating that all nations are better off trading freely under the principle of “comparative advantage”—that tariffs deprive nations of the mutual benefits of trade even when one nation could produce everything more efficiently, because resource limitations prevent them from doing so. The chief executive officer might be able to type a letter faster than an administrative subordinate, but to do so would displace the CEO from more productive activities. (A more homely example: we’ll both be happier and more productive if you cook and I wash the dishes.) Tariffs make such exchanges more expensive. They reduce output and make everyone worse off.

The imposition of tariffs by one nation typically produces tit-for-tat retributive tariffs by other nations, often degenerating to trade warfare: If the U.S. imposes tariffs on the steel produced by another nation, that nation may well respond by imposing punitive tariffs on Harley Davidson motorcycles and Kentucky bourbon. Both nations end up with less goods and services and fewer people employed. These playing fields can never be leveled.

How many jobs are likely to be lost by Mr. Trump’s tariffs? An analysis by Trade Partnership estimates that they will almost certainly cause a net loss in employment, perhaps more than five jobs lost for every job gained. The losses would be both direct and indirect, as higher prices will hit American companies that buy international steel to make machines, screws, wires, and other items, as well as ancillary services associated with the distribution of those goods. The Trade Partnership study estimates a net loss of 146,000 U.S. jobs.

The tragedy of tariffs is not only that they usually make everyone worse off economically. The greater harm is that they drive people and nations further apart. When strangers exchange goods, they usually prosper both economically and culturally. When they impose barriers on one another, they tend to become not only more economically impoverished, but culturally isolated as well.