Who to Trust on Climate Change 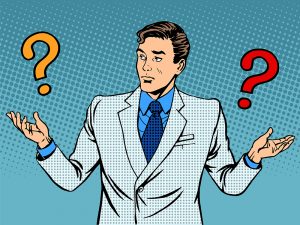 Who can you trust to give you the facts on climate change? Image: Shutterstock

There’s a scientific consensus—climate change is real, and it’s caused in large part by humans. But somehow the debate goes on. Politicians and talking heads continue deny climate change and fight science-based legislation meant to curb it.

It’s confounding. How is doubt about climate change so pervasive when the evidence is so overwhelming? A big part of it is that people with power and influence repeat false narratives that say there should be no action until we’re 100% positive that climate change is a problem.

The flaw in the logic is that we cannot see into the future with perfect certainty. If people won’t trust scientific predictive models, then there can be no debate. Nonetheless, our decision makers in government—like President Trump’s head of the EPA Scott Pruitt—have continually asked for more conversation and debate on a topic that’s already been well researched by scientists.

Civics Lesson: the History of NASA 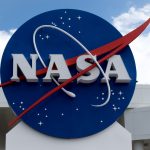 NASA (National Aeronautics and Space Administration), one of the leading science and technology agencies in the U.S., was founded by Republican Dwight D. Eisenhower in 1958 as a strictly civilian (non- military) operation encouraging peaceful space science research and innovation. The new agency would replace NACA (National Advisory Committee for Aeronautics), which was established in 1915 and played a key role in developing WWII era high altitude bombers. NASA heads many ongoing scientific missions, and its Earth Observing Systems satellites help scientists monitor and study everything from ocean patterns to ice sheets and clouds.

It seems like a stalling tactic, and for climate deniers, stalling is winning. It’s in their interest to kick the problem down the road, pointing to flimsy arguments that there’s no sure way to tell whether climate change is real for sure. Why? Because doing so means we can keep pouring money into industries like oil and coal, making rich oil tycoons richer and lining the pockets of the politicians who stand in the way of a greener future.

But we know global warming is real—as is its impact on our lives—and we should believe what the experts say.

But which experts should we trust? Certainly anyone can label themselves an “expert,” but that doesn’t make it true. In fact, using information from fake experts is a primary method used in an attempt to mislead.

If you’re skeptical of the U.S. government, take a look at the UN International Panel on Climate Change or the World Meteorological Organization.

Who should you be skeptical of? Anyone who argues that there’s some sort of liberal conspiracy going on propagating lies about climate change. Conspiracy stories are convenient explanations because they can neither be proven nor disproven. It’s like arguing that because you’ll never find a mermaid, you can’t disprove the existence of mermaids.

Conspiracy stories are designed to manipulate people by cashing in on their fears, and they very intentionally move global warming from a unifying human issue to a divisive and partisan one. Unless your climate change sources are backed up with well-documented, peer reviewed evidence and research from multiple experts, be very skeptical.