Where Did Climate Change Go? 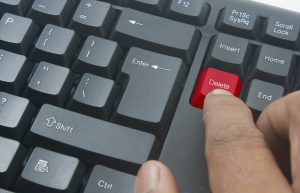 It’s not uncommon for messaging to change when a new president is elected, but the Trump administration’s deletion of information about climate change from government websites is troubling. Photo: Shutterstock

Here at Civics Nation, we’re committed to providing factual information to get U.S. citizens the resources they need. The troubling rise of unverified false news and unverified “facts” can have very real consequences on American policy if it informs the way people vote. We want to be a positive force in the world fighting against the kind of cynical self-interest that perpetuates fake news.

But fake news and media bias make up only one side of the misinformation coin. Suppressing factual information can be just as dangerous as providing false facts, figures, and statistics. No matter your ideological leaning, it is not acceptable for people in power to suppress factual information that might guide responsible government policy. Unfortunately, that’s exactly what’s happening in our government when it comes to climate change.

Somehow, climate change has become a partisan issue. The left points to big oil and automotive industries for actively funding misinformation campaigns to protect their investment in fossil fuels. They worry about the world becoming less and less habitable and see people on the right as ignorant and willful for not heeding the warnings of science. The stance aligns well with a common liberal impulse to be skeptical of big business, no matter the corporation. 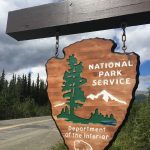 Did you know the National Park Service is now more than one hundred years old? It was founded in 1916 under President Woodrow Wilson, to manage existing national lands under a single agency. The agency’s roots go back even further to the establishment of Yellowstone country as public land in 1864. Then, under President Franklin D. Roosevelt in 1933, an executive order expanded the agency to consolidate other sites around the nation including National Monuments, National Military Parks, National Cemeteries and Memorials, and National Capitol Parks into a single system. The National Park Service endures, and its parks enjoy more than 275 million visitors a year.

Folks on the right seem to think climate change simply isn’t a very big problem, or at least not a big enough problem to risk hurting American industry. They think lefties care more about their high ideals than they do about hard-working people on the ground, and in some cases, they go so far as to argue that climate change activism is part of a conspiracy fueled by an illuminati-like group perpetuating a culture war. This ideology aligns with an impulse on the right to despise government regulation, no matter the government’s reasoning.

These two distinct ideologies can be hard to reconcile, but ideological differences don’t necessarily have to be bad things. Without some kind of intellectual framework for understanding the world, it would be hard to construct cohesive arguments around any issue at all, but ideology becomes a big problem when beliefs are so entrenched that justifying them becomes more important than being factual or responsible.

And when our elected leaders begin creating climate policy that favors ideology over civic responsibility, we have a very big problem. Right now, the Trump administration is being criticized for hiding and deleting important facts around climate change, screening the information from the public online. Thousands of government webpages citing climate change information have been removed or buried.

It’s not uncommon for messaging to change when control of the White House changes parties, but what’s disturbing in this case is the “wide-ranging and systematic” focus on a single divisive issue. It seems as though the Trump administration is trying to erase awareness of climate change entirely, pretending that it hasn’t been acknowledged around the world as one of the leading problems of our time.

The Trump administration’s approach is neither responsible nor American. One of the things that is supposed to make America great is its ability freely discuss conflicts in order to come up with solutions—but our current president is undermining this civic ethic in favor of a short-sighted ideology, and it’s hurting both Republicans and Democrats. And in the case of climate policy, it’s hurting the rest of the world, too.