How News Media Manipulates Us 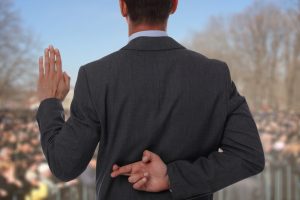 The news media and politicians use our biases for their own ends. Photo: Shutterstock

And therein lies the problem. As long as “keeping an open mind” is about encouraging the opposition to come to the table and be more “reasonable,” it’s likely that people will simply become more entrenched in their existing political ideologies rather than less so.

So what’s the answer? As with many areas of life, the best place to start may be to look inward; to understand ourselves so we might better relate to those around us. 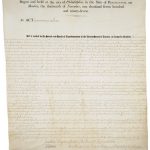 It’s popular to dislike news media these days. In general, there’s a lot of distrust in the U.S. surrounding the 24-hour news cycle and the reliability of ratings-driven news. With the advent of the internet and social media, trust in news media has become even more complex, as unverified news sources easily circulate, rising to the top of people’s social feeds. We need to be careful as a society as we respond to the to these new challenges around free speech so as not to violate the First Amendment of the Constitution.

There’s a precedent to the U.S. government violating First Amendment Rights, favoring shortsighted political interest over founding principles. The infamous Alien and Sedition Acts of 1789, four bills passed early in our nation’s history by the then-dominant Federalist Party, were considered by many to directly violate First Amendment rights. In particular, the Sedition Act of 1798 made it illegal to make false statements critical of the government. President John Adams would ultimately lose his reelection bid to Thomas Jefferson, in part because of the unpopular laws. In the end all but one of the four acts, The Alien Enemies Act, would be repealed during the Jefferson administration.

Sound like too much of a cheesy “kumbaya” approach for your taste? Good. Get used to it. It takes a lot of positivity to keep spirits high while examining bias. You’re probably being manipulated by news media whether you know it or not. Most of us are.

Back in August, the Washington Post published a piece entitled “Why We Fall for Political Spin,” giving some good psychological insight into how cognitive biases affect the ways in which people perceive information and how it applies to consuming political rhetoric.

As the article states, natural human tendencies toward bias can lead to “irrational behavior and affect our decision making.” It also argues that politicians “know this and try to use these biases to win favor.”

So how do you arm yourself against this kind of manipulation? A good way to start is to get familiar with the psychological research. You might find you’re more susceptible to believing misinformation than you thought. In fact, before you read on, you might want to take the Post’s “political spin” questionnaire and see how you do.

The article highlights five common biases and gives some good examples of how American politicians use them as tools. For example, the article pointed toward the “anchoring bias,” which states that in decision-making we often rely too heavily on the first piece of information given to us.

A real-world example? In the context of American politics, it may have meant the Obama administration was less transparent than it was perceived to be. Obama created an image of transparency early in his presidency with the creation of an open data portal, an impression that persisted despite the emergence of contrary evidence. Certain aspects of how the White House ran things, including how whistleblowers were punished, didn’t match up with popular perception.

Another common bias is the “conjunction fallacy,” which states that we often assume specific conditions are more likely to be true than more general conditions, whether or not they actually are.

An example is the way in which President Trump blamed millions of alleged illegal voters for costing him the popular vote, citing specific numbers and conditions, including an anecdote that people were bussed in from Massachusetts to New Hampshire to cast fraudulent ballots.

Though the story is very unlikely, the added detail creates a perception of credibility, whether or not the claims are true.

However you align politically, we at Civics Nation encourage you to examine your own biases in an effort to understand what it really means to be open minded. When we took the Washington Post’s cognitive bias quiz we were surprised by our own answers. You can also take the test here. Let us know how it goes in the comments below.