The Difference Between Legal and Illegal Protests 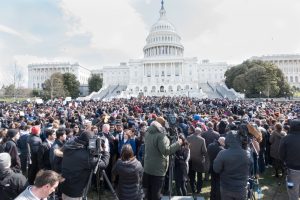 Activists gather at the U.S. Capitol for the National School Walkout, a protest against government inaction on gun control that took place on March 14, 2018. Photo credit: bakdc / Shutterstock

Some people view protests as a powerful way to inspire change. Others view protests as nothing more than an ineffective nuisance. But like it or not, protesting is a Constitutional right. The First Amendment explicitly prohibits Congress from enacting any law that abridges the right of the people to peaceably assemble and to petition their government.

With that being said, there are stipulations. One of the biggest has to do with the word “peaceably,” which is the exact term used within the First Amendment. What this means is that while you have the right to free speech, you do not have the right to incite or commit violence.

Other restrictions include trespassing, vandalism, disobeying or interfering with a lawful order given by a police officer, obscene speech, and making malicious statements about public officials. Violating any of the aforementioned may result in legal repercussions. 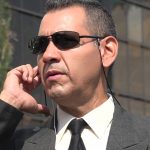 Passed 45 days after 9/11, the Patriot Act allows the government to investigate any U.S. citizen they believe may be involved in terrorist activities. These “activities” could even include those protected by the First Amendment, such as participation in non-violent public protests.

Investigation of the individual in question could include a search of any kind of property or records, such as books, personal documents, computers, bookstore and library records, medical records, internet providers, churches, political groups, universities, and internet search history.

The Patriot Act also prohibits public libraries and internet service providers from informing someone if the FBI has searched their records. In some cases, the FBI may obtain a warrant allowing the individual’s home to be searched in secret to prevent the destruction of evidence or jeopardizing an ongoing investigation.

Also of note: demonstrators cannot block a building entrance or physically harass others. According to the ACLU, the general rule is that protests cannot take place on private property unless permission has been obtained from the property owner.

As far as public protests go, the people have the right to assemble in “traditional public forums” such as parks, streets, and sidewalks. However, in some cases the government may require that permits be acquired ahead of time. This is so that police officer staffing and traffic revisions can be planned in advance.

Speaking of traffic revisions, many have grown so frustrated with protest-induced congestion that they’ve entertained the idea of running over demonstrators. For the record, this is not legal. While several states have introduced legislation that would protect drivers in instances where they did not willfully hit protesters with their vehicles, none of these bills have actually been passed into law.

Understanding these caveats is just as important for protesters as it is their non-approving counterparts. It is only when both sides understand—and respect—the rights of the other that true peace can be established.