U.S. Healthcare: Do We Spend Too Much or Too Little? 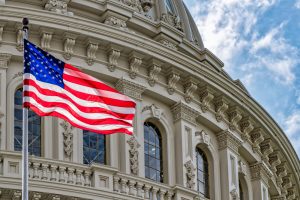 Whether you favor a free market or a welfare state, there is a healthcare solution that could work for everyone. Photo: Shutterstock

There’s a lot of talk these days about how the U.S. compares to other countries around the world, especially when it comes to how nations handle money. But most of us aren’t economists, and that means conversation in the media around complex global financial systems can become a bit reductive, revolving around blanket terms like “socialism,” “capitalism,” “welfare state,” and “free market.”

These concepts easily spark vitriolic debates because they imply absolutism. People seem to think that socialism and capitalism can’t coexist, or that a welfare state will always undermine a free market. But as with many issues, it may be more complex than that.

Extremism and absolutism are always bad, and economic theories should not be exceptions to the rule. As long as “socialism” as an idea is more important to socialists than the actual well-being of the nation, then we’re in trouble. But the same is also true for free market apologists. Deregulation isn’t good in and of itself; it should be seen as one of many economic tools a nation can use in service to the people.

Civics Lesson: The History of Employer-based Healthcare in the U.S. 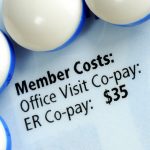 Did you know that employer-sponsored healthcare didn’t become the dominant system in the U.S. until World War II? At the time, companies’ need for workers was high, but supply was low despite rising demand for goods. Wage controls limited employers from attracting new employees by offering better pay. To solve the problem, the War Labor Board declared fringe benefits (healthcare and sick leave) were to be classified as benefits independent of income. Employers in turn offered improved benefits as an alternative to increased pay as a strategy to attract new workers. The healthcare system the U.S. has today is the legacy of this system—a wartime solution to the economic challenges of the 1930s and 1940s.

The U.S. sits far behind many other developed nations in terms of its government spending to GDP ratio—or the measurement of how much the government spends compared to how much it makes. That should be a good thing if you’re a free market capitalist. It should mean that you have a larger surplus of money going back into the American economy. But there’s a catch: we may not be seeing the whole picture.

The United States has seen income inequality steadily grow over the last 30 years, and in the past economists often attributed this to America’s anti-spending libertarian streak. The idea was that because the U.S. spends less on welfare benefits than other nations, it’s led to inequality. We also keep hearing about the enormous costs of the U.S. healthcare system. So, what’s actually going on here?

It turns out that if we measure things differently to account for how the American welfare system is actually structured, the spending numbers in comparison to other countries change drastically. The U.S. utilizes something that’s been dubbed the “hybrid welfare” system when it comes to healthcare.

Instead of providing benefits directly to the populace, the government provides subsidies to businesses and private organizations so they might better provide healthcare to employees. When we factor in the cost of these subsides into our statistics, the U.S.’s spending to GDP jumped from 23rd to a staggering second place in the world, sitting right behind France in a 2014 study. This is because U.S. healthcare spending is about 17% of GDP, compared to an average of 10% in countries with single-payer systems.

As one astute analysis states:

“We know that the U.S. wastes a tremendous amount of money in administrative costs by having a patchwork of private and public insurers all independently negotiating with providers and having their own systems of reimbursement.”

If the U.S. did away with its hybrid welfare system in favor of universal healthcare programs or more direct welfare alternatives, the country would likely spend less per capita, while at the same time distributing benefits more efficiently and equitably.

Would this make us look more like a European welfare state? Yes. Would it also favor traditional American conservative values of efficient and limited government spending? Absolutely. Does it speak to socialist values of fair distribution? Yup, it does that too. In essence, a call for a so-called “socialist” program in this instance might also be considered a call for smaller, more efficient government.

It’s these kinds of solutions that break down the common left vs. right narratives our politicians and media like to perpetuate, showing us how flimsy and manufactured the “socialist vs. capitalist” divide really is. If we want to be a pragmatic nation, we should consider policies like this, look at them objectively, and make decisions based on reason rather than partisanship.

—–
Editors Note: an earlier version read, ” the U.S.’s spending to GDP jumped from 23rd to a staggering second place in the world, sitting right behind France in a 2014 study.

It may be that the U.S. government should not actually spend less on healthcare than it currently spends, but change the way it does business. As one astute analysis states:”