How Can We Enact Meaningful Welfare Reform? 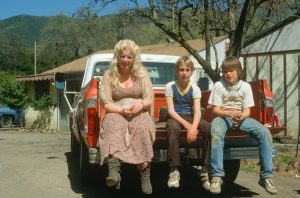 Welfare reform has been unsuccessful at lifting people out of poverty. Photo by Joseph Sohm / Shutterstock.com

Welfare reform is a hot topic right now, and it has been since at least 1996, when President Clinton signed into law sweeping changes in the way welfare benefits are administered. Welfare payments became federal block grants that were offered to individual states, and the states could decide what to do with that money.

At the federal level, Aid to Families with Dependent Children (AFDC) became TANF, Temporary Aid to Needy Families, which capped benefits at five years. Food stamps became SNAP, the Supplemental Nutrition Assistance Program, which implies that poor families are able to buy some food on the meager income they receive from TANF.

Along with these changes in the administration of welfare benefits came a work requirement—able-bodied people were forced to get a job in order to qualify for benefits—but that work requirement didn’t come with additional support such as affordable, quality child care or educational and training services.

Civics Lesson: The History of Social Welfare Programs in the U.S.

Throughout the 1800s, there were attempts to reform how the government dealt with the poor, including welfare-to-work programs and proposed social work in which caseworkers visited the poor and trained them in morals and a work ethic.

Before the Great Depression, the U.S. Congress supported programs to assist the poor, including the Civil War Pension Program passed in 1862, which provided aid to Civil War veterans and their families.

The Great Depression is where welfare as we know it began. Under President Franklin D. Roosevelt, the Social Security Act was established in 1935. The act was amended in 1939 to establish programs like unemployment benefits and AFDC (Aid to Families with Dependent Children), programs which still exist today, although in different forms.

In 1964, President Lyndon B. Johnson proposed legislation that was given the informal name “War on Poverty,” after seeing that the national poverty rate of around 19 percent. In response, Congress passed the Economic Opportunity Act, which established the Office of Economic Opportunity to administer local applications of federal funds designated to reduce poverty.

The legacy of the Economic Opportunity Act lives on in programs such as Head Start, Volunteers in Service to America (VISTA), TRIO (including programs like Upward Bound, which provides high school students from low-income families the opportunity to gain education and skills that allow them to succeed in college), college work-study programs, and Job Corps.

The result: Welfare reform has been unsuccessful in lifting people out of poverty.

While a work requirement is potentially a good thing, it operates on the assumption that people are poor because of a moral failing that makes them lazy and unwilling to get a job.

The other problem is that for a variety of reasons, people forced off the welfare rolls become even poorer as a result. They generally end up working minimum-wage jobs that don’t provide enough money to pay for expenses like child care, which results in absenteeism that eventually results in getting fired from even those jobs. And guess what: they end up back on welfare as a result.

So how do we solve these problems and create welfare reform that really lifts people out of poverty instead of just kicking people off welfare?

Turns out there are some solutions that have actually worked to keep people off welfare for good. The EXCEL program in San Francisco is a great example.

What makes EXCEL different from the standard welfare-to-work programs is that it provides both classroom and on-the-job experience designed to prepare participants for careers in healthcare. Those classes teach technical as well as professional behavior skills. When they complete the program, participants are assigned to four-month paid internships at the University of California, San Francisco.

Before they enrolled in the EXCEL program, none of the participants had jobs, and more than 90 percent had received welfare benefits.

Between 2010 and 2013, 53 of the 67 EXCEL participants had temporary or permanent jobs six months after graduating, and 45 of them had jobs at UCSF.

“We’ve used the UCSF model as a kind of ‘cherry on top’ demonstration to show senior policymakers from Washington how programs like this can actually work successfully to move individuals from welfare to work,” James Whelly, manager of the Workforce Development division of the city’s Human Services Agency, said. “We tell them, ‘This can work. Don’t talk to us. Talk to UCSF. Look at the results.’”

What makes EXCEL different from other welfare-to-work programs is that they are doing what the American Psychological Association recommends in order to make these programs successful.

Among the APA’s recommendations that EXCEL provides: education and training in well-paying job skills, and education about the “soft skills” that will allow them to keep jobs, including professional behavior and how to interact during a job interview.

Although the literature about EXCEL doesn’t mention it, one of the critical factors the APA mentions in helping single parents get back to work is access to quality child care. Another important thing is helping people get jobs that provide benefits like health insurance so that parents can address their physical and mental health issues and their children have access to medical care.

With that in mind, we propose that instead of decimating welfare programs and forcing people to get low-paying jobs with no benefits, governments enact a type of welfare reform that expands the money available for welfare programs—specifically, programs that train people for better-paying jobs that offer decent benefits. By doing so, the odds that people really will be lifted out of poverty by welfare-to-work programs rises dramatically.

Instead of spending money on drug-testing welfare recipients, which has proven to be a lot of expense for minuscule return, we suggest the following:

Expanding welfare benefits in this way seems like a large expenditure at the outset. But state and federal governments can actually save money in the long term by moving people successfully from welfare to work through training and access to child care and health care—and keeping them there.

Will federal, state, and local governments continue to be “penny wise and pound foolish,” or will they begin to see that short-term benefit expansions will result in long-term positive results?

Whether the political will exists to enact this type of welfare reform remains to be seen. But the success of programs like EXCEL should be an indication that engaging in public-private (or public-nonprofit) partnerships to get people off welfare and into better-paying jobs can be successful. By combining welfare-to-work programs with temporary expansion in benefits to provide child care and health care, governments can enact welfare reform that works for everyone, including welfare recipients.