Where Do Climate Skeptics Get Their Evidence? 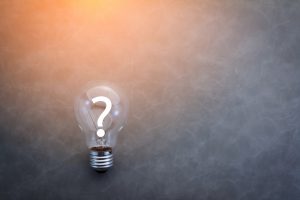 A common tactic used by climate skeptics is to claim those concerned about climate change are using “fake statistics” allegedly disseminated by the left. These claims serve one purpose only: to justify the idea that environmental protectionism represents some sort of conspiracy. Climate deniers do so without cohesive or verifiable accounts for why anyone would be motivated to participate in such a conspiracy—not to mention they also fail to provide adequate explanations for how anyone would even be capable of creating and maintaining a global conspiracy on such an incredible scale.

One of the few “examples” climate deniers like to point to is “Climategate,” so coined in 2009 by climate skeptics after a Climate Research Unit (CRU) server was hacked, exposing thousands of computer files and emails leading up to the Copenhagen Summit on climate change.

The leak prompted accusations that the CRU sought to intentionally mislead the public, despite detailed scientific studies pointing toward human-caused climate change and independent investigations concluding that the CRU did not engage in any kind of fraud. 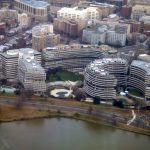 Watergate represents one of the most infamous political scandals in modern American history, leading to the resignation of President Nixon in lieu of his otherwise inevitable impeachment. The scandal arose after five burglars broke into the Democratic National Committee’s (DNC) headquarters. These men were later connected back to President Nixon, and a constitutional crisis arose after Nixon’s attempt to cover up the scandal and subsequent attempt to resist Congress’s investigation probes.

Watergate used to just be the title of the office building where the DNC was headquartered in 1972, but today the name has taken on so much intrigue that it’s constantly referenced in smaller contemporary issues, often by people wishing to sensationalize and lend credence to their cause. Examples include “Russiagate,” “Hillarygate,” and “Climategate.”

Nonetheless, Climategate has persisted as a common talking point among those who seek to challenge the validity of climate science. Stories like Climategate provide climate deniers with go-to fear-driven anecdotes to reinforce their ideas, even though those narratives have already been proven to be wrong. It’s a classic example of how a person’s worldview can prevent objectivity.

According to an Oxford University study of Climategate, “the evidence suggests that events like ‘climategate’ tend to reinforce existing beliefs.” Thankfully, the data also suggested that “no long-term change in level of climate change skepticism” has occurred among the populace as a whole. In short, “there’s almost no evidence that [Climategate] converts peoples’ opinions.”

Climate skepticism as a whole is just one piece of a recognizable pattern of ignoring and trying to discredit legitimate scientific research. A good deal of climate-skeptical science rests on this kind of conspiracy thinking, despite the fact that there are more than 900,000 pages of evidence in other peer-reviewed journals showing that climate change is man-made.

In many ways, Climategate epitomizes a strategy often used by FOX News and other extremely partisan outlets: using one possible mistake or estimate to cast doubt on the preponderance of evidence and science as a whole.

This cherry-picking of one example or piece of research ignores everything we know about interpreting scientific or statistical data—it is most valuable and accurate when taken as a whole, recognizing the existence of outliers here and there. These outliers should certainly prompt us to ask more questions to further conduct and hone research—but one outlier should not be taken as irrefutable evidence that the entire body of research that counters it is completely false.

Another example of this politics propaganda tactic? The fact that EPA director Scott Pruitt says we should not take any action on the climate because the models that estimate how fast it is happening don’t agree–so he can’t take any action until they are all in 100% agreement. What is important is that it is happening, and we should do something about it now… before it is too late.