Do We Live in an Era of Big Government? 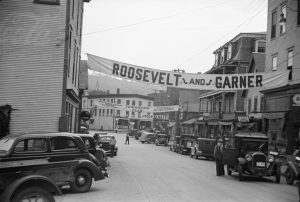 The New Deal brought the beginning of the big government era and an end to the Great Depression. Photo: Shutterstock

One of the classic arguments about government has to do with just how big government should be. And while some people’s opinions certainly represent the most radical sides of the spectrum—little to no government regulation or lots of regulation and government protections—most of us are located somewhere in the middle.

Do we currently live in an era of “Big Government?” This question is more complicated than it sounds, mostly because there are varying definitions of what constitutes “Big Government.” Is a government’s overall size based on the number of regulations at a federal or state level? Is it based on the amount of money spent each year on government programs? Is it the existence of social programs and safety nets? What about the number of full-time employees who work for the government? Likely most people see it as a combination of factors.

For the sake of simplicity, let’s approach this question from this common definition: that high tax rates and increasingly adding new social programs defines “Big Government.” If this is the case, then the real era of Big Government in the U.S. was from 1933 to 1981. The New Deal and Great Society programs during that span of time gave America a healthy mix of socialism and libertarianism. 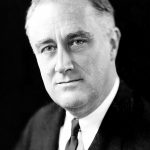 The New Deal was a program enacted under president Franklin D. Roosevelt, a hugely popular president who pulled America out of the Great Depression and who is the only president to have served more than two terms (for a total of four terms in office).

The New Deal was a series of public works programs and financial reforms that jumpstarted the U.S. economy and workforce from 1933 to 1937. The program was created largely in response to the failures of FDR’s predecessor, President Herbert Hoover. Hoover avoided government spending programs and federal involvement in commercial affairs, becoming very unpopular as a result. In contrast to FDR, Hoover would be remembered for the term “Hoovervilles,” which his opponents used to describe the homeless communities and shantytowns that emerged as a result of his failed policies.

How? It allowed private business to succeed, while at the same time benefitting all classes of society. The rich got richer without hindering the growth of the average American.

This Big Government era created rising prosperity for all. It allowed us to end segregation, helped us fight and defeat the threat of communism, and put a man on the Moon all while building the freest capitalist economy in the world. It was capitalism that worked for the many, not just the few.

Some of the fallbacks? Big Government often means higher taxes and more regulations. Over-regulation can cut into the profits of businesses, especially small businesses, and can make the lives of everyday Americans more difficult than seems necessary. On a macro scale, it also costs more to run a big government, and with the U.S.’s current deficit problem, that’s nothing to shrug at.

In 1981, our current era of “small government” started to take hold. In Bill Clinton’s famous 1996 State of the Union, the then-President declared, “The era of Big Government is over,” calling attention to the need for a government that functioned within its means and which was less bogged down by bureaucracy.

But it’s all about balance. While government did get smaller, we saw the growth of massive income inequality and boom and bust cycles that threaten to throw millions into abject poverty and misery.

And let’s not forget that the 2008 financial crisis was caused by a lack of proper regulations and oversight of businesses in the financial industry that were deemed “too big to fail.” Small government may make some individuals feel freer day to day, but the outcome often actually results in less economic mobility, less opportunity, poorer health (and thus higher healthcare burdens), and crippled American industries.

The New Deal, Marshall Plan, and the UN were put in place for a reason: to make sure we never have another Great Depression and that we never have another world war… and they go hand in hand. The economic instability of the 1930s in Germany led to exploitation by a fascist regime that sacrificed principles for political expediency. Promoting an economic system that may foster similar instability is irresponsible. To presume that we are not subject to lessons of history is a mistake. We are not too big to fail.

But to hear some on the far right speak of responsible government programs today is to hear a string of conspiracy theories about global bankers, one world government, and socialist-Marxist-globalist statists hell-bent on enforcing PC-slavery on the world. The 80-year propaganda campaign to destroy all of those “liberal” programs has been led by Birchers, Kochs and various oligarchs to line their pockets at the expense of everyone else, and it’s justified by Utopian fantasies learned from Ayn Rand novels.

If we’re going to make progress in this country to benefit the hard-working, blue-collar citizens in America, we need to fight the story that small government is 100 percent better than big government. Why not meet in the middle, finding the best of both worlds? We should promote a skeptical, realistic approach that sees libertarianism, socialism, capitalism, and progressivism as tools to be utilized when needed to create a better future, rather than subscribing to absolutist ideologies.