Unifying the Country Through Meaningful Debate 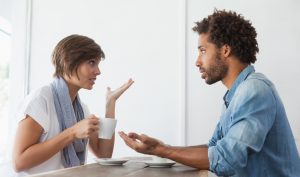 Follow these four rules and you will be able to have a meaningful, rational debate. Photo: Shutterstock

In October 2017, the Pew Research Center published a study that found the divide between Republicans and Democrats had grown even wider in the nine months following President Trump’s inauguration.

In the words of Politico contributor Steven Shepard, “Each party has become more ideologically homogeneous, and more hostile toward the opinions of members of the other party.” 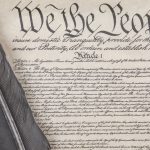 The Founding Fathers did not always agree on everything. On May 25, 1787, delegates debated what constituted an impeachable offense during the Constitutional Convention in Philadelphia. Three men—James Madison, George Mason, and Edmund Randolph—are largely responsible for expanding the original grounds for impeachment.

If we (all Americans) want to bridge this divide, we need to learn how to properly communicate with one another. As it currently stands, the dialogue between both parties has been far more combative than constructive. But before we can move the conversation towards a more productive and meaningful outcome, we need a few ground rules on how to engage in civil discourse.

Listed below are four rules that everyone should abide by when partaking in a debate. Remember: a little social etiquette can go a long way toward finding common ground.

1. Listen with an open mind

The Greek philosopher Epictetus once said, “We have two ears and once mouth so that we can listen twice as much as we speak.” Check your biases (we all have them) and try to just listen.

2. Use the three artistic proofs

Resorting to personal attacks is both petty and immature. Not only that, but it puts the other person on the defensive, which detracts from the objective of having a meaningful debate about the issue.

Sometimes, ideological common ground cannot be found… and that’s okay. Shockingly, those with opposing viewpoints can still peacefully coexist with one another. “Agree to disagree” is sometimes the best way to end a heated debate that is headed nowhere. And remember… don’t engage with those who just want to stoke the fire and create chaos. If someone clearly isn’t in the mood to have a reasonable debate, it’s okay to just walk away.

Do you have any “ground rules” when debating a subject in a meaningful way? We’d love to hear what they are in the comments below.