Is A Dollar the Same as A Vote? 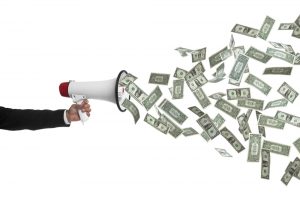 Have individual voters lost their voice because of super PACs?. Photo: Shutterstock

Campaign finance reform is on the tip of many people’s tongues these days, especially on the left—but what exactly might this look like, and why are folks arguing for a change to the current system?

The crux of the argument comes down to the idea that because money equates to political power in the United States, a paradox arises, pitting our country’s founding principles against how we must interpret the U.S. constitution.

On the one hand, our democratic system is based on the idea that everyone should have an equal voice. On the other hand, our constitution enshrines uninhibited free speech. If the government chooses to see political spending as an expression of free speech, it may be hard to ensure a democratic system where each voice (and by extension each vote) carries the same weight. 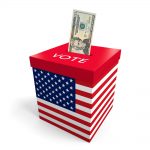 Unlike traditional political action committees, super PACs can raise money without limits to donation sizes from corporations, unions, individuals, and other groups.

Super PACs haven’t been around forever. They were made possible by the rulings of two cases – Citizens United vs. Federal Election Commission and Speechnow.org vs. FEC. The official name for a super PAC is an “independent-expenditure only committee.”

It’s likely you’ve heard of “Citizens United.” Citizens United vs. FEC was a 2009 Supreme Court case that officially codified political spending as free speech under U.S. law. The court’s decision helped lay the groundwork for the prevalence of super PACs. These organizations can accept unlimited contributions from corporations, unions, and individuals, working independently from electoral candidates, but on their behalf.

The problem? It means that wealthy people and big conglomerates have the autonomy to potentially sway elections through advertising and outreach, simply because they enjoy more capital than the common voter. In the view of proponents for campaign finance reform, this approach also leads to perennial campaigns, where candidates are more concerned with ensuring their reelection than doing the business of governing.

Creating meaningful campaign finance reform would limit the amount individuals and organizations could spend in support of any particular candidate. It would level the playing field, possibly resulting in less propaganda, ideological media, and election profiteering. Doing so might empower the common voting citizen more, in that his or her voice would carry more weight proportionally.

But at what cost? Should the United States consider money as equal to speech, or should it protect taxpayers from potential abuse? We at Civics Nation would love to hear your perspective. What do you think? Let us know in the comments below.