5 Things You Should Know Before Debating Gun Rights 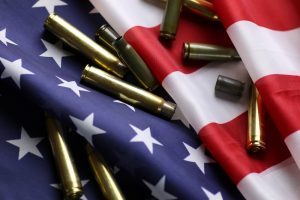 To be able to argue gun rights effectively, you first have to have the facts. Photo: Shutterstock

The latest string of mass shootings has reignited a debate about one of America’s most impassioned topics: gun rights. And while it’s a good thing that people are discussing the issue, what’s not good is that people are basing their opinions on false data. In an effort to fix the problem, we’ve compiled a list of five facts about guns so that you’re armed with the information you need the next time you engage in a debate.

1. Shootings are the third leading cause of death among U.S. children

The spread of fake news has become so rampant that there is now a segment of the population that believes that the Parkland shooting was a hoax. It’s not. Seventeen people died.

According to a 2017 study published in the journal Pediatrics, gun-related deaths are now the third leading cause of death among American children aged 1-17. 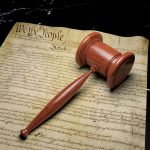 Semiautomatic rifles did not exist when the Second Amendment was written, and one of the hottest topics of debate today is whether or not it was intended to change with the times—or not. The Supreme Court is ultimately responsible for interpreting whether or not the Second Amendment encompasses semiautomatic rifles and to what extent they should (or should not) be regulated.

2. The majority of gun-related deaths are suicides

When we think about gun-related deaths, we tend to automatically focus on homicides and mass shootings. In reality, suicide accounts for more than 60 percent of deaths caused by firearms. But we don’t hear about suicides as much as homicides, despite the fact that suicide is the second most common cause of death for Americans between the ages of 15-34. Statistics show that gun deaths tend to be higher in states with fewer gun regulations—this is in part because suicides by gun are much more common in places where people have easier access to firearms.

3. The U.S. has the highest rate of gun ownership in the world

Did you know that the U.S. has the highest amount of guns per capita?

Data gathered by the Pew Research Center shows that there were about 89 to 100 guns for every 100 Americans in 2013—roughly one firearm per person.

What does this have to do with gun violence? According to the Center for Injury Research Prevention, there is a correlation between high rates of gun ownership and high rates of suicide.

“Suicide rates are much higher in states with higher rates of gun ownership, even after controlling for differences among states for poverty, urbanization, unemployment, mental illness, and alcohol or drug abuse,” according to the Center.

4. Semiautomatic rifles are not machine guns

Another big difference: semiautomatic rifles are legal to possess so long as the owner passes a background check and is in compliance with local, state, and federal regulation. Meanwhile, federal law prohibits private ownership of machine guns manufactured after 1986. Machine guns manufactured before 1986 require private citizens to undergo an extensive background check and to register their weapon with the Bureau of Alcohol, Tobacco, Firearms, and Explosives before they can legally be possessed.

5. The severely mentally ill are already prohibited from owning firearms

Whenever there is a mass shooting, the shooter’s mental health is almost always front and center of the debate. Those with known severe mental illnesses are already prohibited from owning a firearm, though this law only extends to those who have been committed to a mental institution or have been “adjudicated as a mental defective”—it does not include many others who may be known to be dangerously mentally ill. Here’s a complete list of people who are already restricted from accessing firearms.