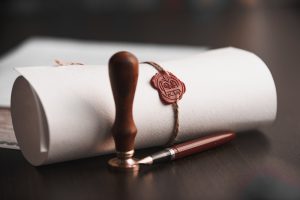 Do executive orders represent a breakdown in the balance of power? Photo: Shutterstock

One of President Donald Trump’s stated goals is to sign as many executive orders as he possibly can, flaunting his executive power and flexing his newfound political muscles.

This in and of itself may be reason enough for him to sign these executive orders—as a symbolic PR move to celebrate Republican dominance and as a proverbial victory lap for his base.

But what does it represent for American democracy as a whole? 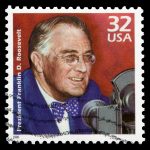 The record holder for most executive orders signed is Franklin Delano Roosevelt, who signed 3,728 executive orders over the course of his presidency. The FDR presidency represented an extraordinary time for the concentration of power within the executive branch of the U.S. government. Though FDR was widely loved, his historic twelve years in office broke with the political tradition set by President George Washington entrenching an informal two-term limit, a limit later formalized and codified after FDR’s presidency.

In addition, FDR’s executive order record wasn’t just due to the extraordinary amount of time he spent in office compared to other presidents. Not only does he hold the record for total executive orders, but also for executive orders signed per year. In fact, the difference alone between FDR’s yearly record and the runner up is more than any president’s annual average between 1981 and 2017.

Balance between the Judicial, Legislative, and Executive branches of the U.S. was instated early in the country’s founding in an effort to prevent abuse of power in government by any one branch.

At its best, an executive order is a tool to handle national emergencies when there isn’t time to work through the legislative branch to solve the problem, but at its worst an executive branch can be an avenue for a dangerous concentration of power within a single branch.

An example? For the United States officially to go to war, the Congress technically needs to ratify that action by way of a vote. But in an America where few legislative representatives want to gamble their political futures on a pro-violence voting, that decision-making power has largely transitioned to the executive branch via executive order.

The Korean War was approved by executive order, as were military actions in the Balkans during the Clinton administration. In addition, one of the most shameful blemishes on American history, the installment of Japanese internment camps, was instituted under executive order during FDR’s presidency in 1942.

Even if executive orders are given with the best of intentions, they are something we should all be wary of—no matter who is giving them. Overuse or abuse of them undermines the entire checks and balances system that our government was founded on, and which is intended to protect us from a tyrannical government. Are there times when executive orders have been necessary and helped our country move forward? Yes. Are there times when executive orders have been abused and possibly done more damage than good? Also yes.

It’s yet to be seen whether President Trump will continue his early efforts to ramp up executive order implementation, but one way or the other, it’s worth questioning whether more executive orders is actually a good thing. Though approval ratings of Congress may be at an all time low, leaning on the executive branch too hard may also mean giving up freedoms. After all, the process for making executive orders is far less representative than ratifying laws through Congress, and if you’re fearful of big government, that’s something to worry about.

With that in mind, we’ll leave you with this fact: President Trump is currently on pace to surpass the last five presidents in executive orders signed per year, and if he were to serve two terms keeping the same pace, he would pass more executive orders than each of the last 10 presidents of the U.S. going back to 1961.