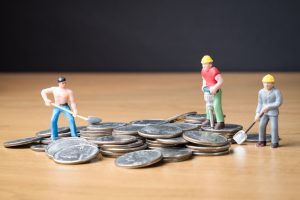 Are you a fan of trickle-down economics? On the surface, it’s a great plan. The idea goes that if a government gives tax breaks to employers, the benefits trickle down to employers as overall profits rise. Everyone benefits, right?

The problem is that trickle-down purists are almost as utopian as communists. For the system to work, it assumes the nation exists in a global vacuum and that employers and leaders always work in the interest of workers rather than their own.

We live in a complex global economy, where business leaders are just as likely to invest overseas, overpay themselves, and underpay workers in order to hire more bodies as they are to pass on profits to their existing workforce. If business leaders always had their workers’ interests in mind, the United States wouldn’t need child labor laws or a minimum wage, and if national interests always coincided with corporate interests, American companies wouldn’t export labor to other countries. 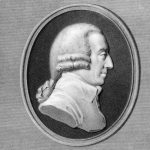 One of the early economic theorists and proponents of consumer capitalism was Adam Smith, who coined the term “The Invisible Hand” to help describe the workings of the free market. The Invisible Hand, according to Smith, was the unobservable force that created a thriving self-regulated free market economy. Smith believed that the economy worked best when each individual acted in their own self-interest, but also hinged on the idea that consumers inherently held equal power in the market, and that consumers must be well-informed and educated to become consumers worthy of an ideal and modern society. Many current trickle-down economic theories and conservative free market thinking has roots in Smith’s writings.

But protectionism, the kind that says, “Keep American jobs in America,” goes against the open and free market stances of the same folks who would give tax breaks to corporations. If the idea is that injecting more wealth into the economy through tax breaks is predicated on the belief that wealth naturally trickles down through the free market, then in a global and/or unregulated economy, that wealth simply goes to the cheapest laborers, American or not. The point is, without regulations and protections to ensure wealth trickles down, there’s nothing preventing corporations from setting a standard that exploits laborers.

Studies show that investing directly in education, health, and infrastructure leads to a more robust national economy. For example, for every dollar invested in pre-kindergarten education, there’s $8.90 return generated in societal benefits in creating more productive adults, and for every dollar invested in infrastructure, $1.60 is generated in benefits to society.

When we invest directly in our citizens and workers, we invest in “rise-up” economics. It works because it means investing in America’s most precious resource—its citizens and taxpayers.