Obamacare Has Issues, But Whose Fault Is That? 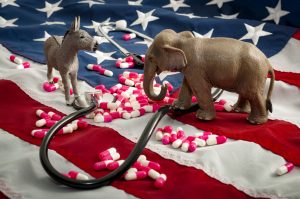 It’s time for establishment Democrats to stop pretending that Obamacare is good enough as is, and it’s also time for Republicans to take some of the responsibility for the program’s failures. The debate (or rather, the shouting match) around Obamacare, or the Affordable Care Act (ACA), represents what ideologically driven legislation and obstructionism can do to American politics. But before we get too far into that, let’s reexamine how we got here in the first place.

President Obama was ambitious when he came into office. He wanted to build a cross-continental high-speed railway to rival Japan, he wanted to mend ties with countries around the world angered by U.S. military actions in Iraq, and he wanted to fix the broken health care system. He approached his political opposition with a tone of compromise and understanding, hoping to reach across the aisle after eight years of division under his predecessor.

But the more he seemed to extend an olive branch, the more enraged the opposition seemed to become. Efforts around health care from the political right ended up being more about defeating the liberal culture surrounding Obama than they were about building a responsible health care system that worked for everyone.

Civics Lesson: The U.S. Health Care System In Comparison to the Rest of the World 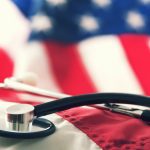 The U.S. is the only wealthy industrialized country lacking universal health care. The U.S. system is unique in that it pairs a privatized health insurance system with government provided subsidized health care for employers who provide health care benefits to their workforces. Some have called this hybrid welfare, and blame it for the enormous cost of health care services in the U.S. compared to other countries.

It’s an ongoing debate in the U.S. as to how to solve the problem, both at the state and the federal levels. The Affordable Care Act (ACA), though controversial, represented the first big effort in recent history to fight the rise of expanding costs associated with health care, but has been met with scrutiny by political activists on both the left and right.

A bitter political battle ensued, with many politicians and media talking heads forsaking thoughtful analysis of how policy might affect common people in order to fight the president. Instead of talking policy, media bias turned toward alleged death panels and fake birth certificates. This all distracted from the important debate happening in Congress that would dictate the future of health care in America.

During the early rumblings of the long, drawn-out process that would end in the passage of the ACA, the left was pushing for a single-payer health care option, the idea being that it would set a basis for a fair, standardized health care baseline available to all citizens. Then, if health care and insurance providers could out-compete, or provide premium services, these would be available on the free market. Here at Civics Nation, we’ve written in the past about the pitfalls of America’s hybrid health care system.

When Obamacare was being discussed, the emphasis should instead have been focused on the bloated, cumbersome, bureaucracy created by health-insurance middlemen companies.

The left ended up with small wins for health care consumers in the form of protections from preexisting conditions, more affordable care for the most needy, and an awkward requirement that all citizens subscribe to private health care or face tax penalties. Other benefits included measures protecting consumers from abuse by insurance companies and curtailing cost inflation, but unintended tradeoffs also resulted.

The “wins” Democrats were talking about represented the bare minimum. We see this in the way they framed the ACA as legislation to build on, rather than a complete, wholly realized and effective health care plan. American voters were supposed to buy into the idea that the biggest success was that the health care overhaul ball was now rolling, rather than that the problem was fixed.

Was this a failure for Democrats to pass legislation, or a failure of their opponents to see the big picture? It’s likely a combination of both. If establishment Democrats’ rhetoric is to be believed, Obama-style politicians value compromising to find bipartisan solutions, but as long as their opposition sees defeating liberals as priority number one, then no matter how much liberals try to come to the table, their proposals, no matter how practical or moderate, will be branded as extremist.

As evidence, consider how the Republicans in Congress and President Donald Trump currently focus on repealing Obamacare rather than amending it. Why? In part because it represents defeating the liberals—and that’s the metric most important, not amending existing legislation to create a better system.

If we’re going to create a better future for Americans, we need to leave behind political incentives that reward squashing the opposition, and instead make our leaders break down traditional reductive partisan stances to provide solutions for voters. Health care might be a good place to start, if we can somehow turn the shouting to talking, the talking into progress—you know, the job we supposedly elect our officials to do.