Are There Really More School Shootings These Days? 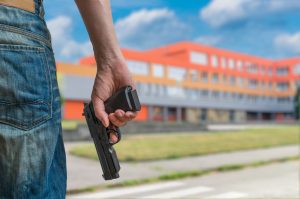 School shootings are not a new phenomenon. Photo: Shutterstock

The February school shooting in Parkland, Fla., has understandably and appropriately generated a lot of media coverage. This is even truer as the students of that school have engaged in massive civic actions to call attention to the epidemic of violence in schools. It’s also generated a lot of discussion about the original meaning of the Second Amendment and whether or not it applies to high-capacity rifles.

The discussion is justified, and it’s a conversation our nation needs to have. But it’s important to ask this: is there really an epidemic of gun violence in schools? Let’s take a look at the facts and history behind the claim that schools are more dangerous than ever before.

There’s a big disconnect between the perceived danger in U.S. schools and the reality of the threat to students. According to James Alan Fox, a professor of criminology, law, and public policy at Northeastern University, since 1996 there have been 16 multiple-victim shootings in schools. Lipman categorized multiple-victim shootings as those that involved four or more victims, and at least two deaths by firearms, excluding the assailant. 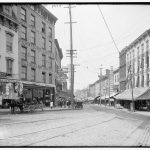 The first known mass shooting in the U.S. in which students were shot happened on April 9, 1891. Seventy-year-old James Foster fired a shotgun at students playing on the playground of St. Mary’s Parochial School in Newburgh, N.Y. Several of the students received minor injuries. Students did commit other acts of violence against teachers or fellow students during the 1800s, but they usually involved stabbing with knives or bludgeoning with stones.

Lipman also says that mass school shootings are very rare events. Mass murders happen between 20 and 30 times a year, and about one of these incidents on average happens at a school.

The 1999 shooting at Columbine High School, in which Eric Harris and Dylan Klebold killed 12 students and one teacher, injuring 21 other people, brought the issue of school shootings to public attention. After the Columbine shooting, schools decided to experiment with the idea that “a massive increase in school policing” would lead to lower violence rates on campus. Unfortunately, that effort backfired: it turns out that increasing the number of police officers in schools doesn’t significantly deter crime, but it does increase the number of students who end up in jail for minor youthful indiscretions—something that could follow them for the rest of their lives.

An unintended consequence of the Marjory Stoneman Douglas students’ activism is that it triggered what New York magazine calls “a moral panic about the safety of America’s schools that has little basis in empirical reality—and which is already lending momentum to policies that would increase juvenile incarceration, waste precious educational resources on security theater, and bring more guns into our nation’s classrooms.”

In fact, this claim has been labeled “mostly false” by Politifact because the source, Everytown for Gun Safety, used a very broad definition of a school shooting. Instead of using shooting incidents where more than one person was killed or injured, Everytown used figures that include “any time a firearm discharges a live round inside a school building, or on a school campus or grounds.” In a list compiled by Politifact, there were indeed 18 incidents in which a gun was fired inside a school or on school grounds. Three of them were mass shootings, but of the others, the organization says:

Not only that, but Greenfield told Politifact that he couldn’t recall the source of his information. “Yes, I cop to insufficient research,” he said. (His tweet about the 18 school shootings has since been deleted.)

Moral panics can be just as dangerous as mass shootings because they can lead to repercussions ranging from frankly stupid ideas like arming teachers to hastily cobbled together policies which may have unintended consequences.

The fact is that mass school shootings are less common today than they have been in the past 30 years. This is cold comfort to the parents, siblings, and friends of people who were killed in these shootings, but it is something that should be considered as we move toward having a national discussion about school safety and gun violence.