Inside the ‘New World Order’ Conspiracy 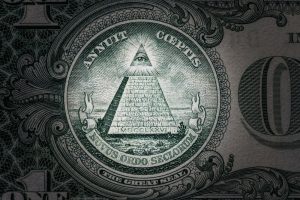 Some say the seal on the back of the dollar bill is evidence of a “new world order” conspiracy. Photo: Shutterstock

Picture this: a global totalitarian government with one economy, one language, one constitution, and one leader. That’s the premise behind the New World Order, a conspiracy theory that is popular among right-wing extremists in the U.S.

Although the theory has gained a lot of notoriety in recent years, it is by no means a new phenomenon. In fact, the term “new world order” has been around for quite some time. Woodrow Wilson and Winston Churchill, for example, used the term to refer to a dramatic shift in politics following the aftermath of World War I and World War II. In this context, “new world order” was an allusion to policies that would create global stability and better living conditions for all—not to a single totalitarian government.

Talk of a new world order is what led to the formation of several international organizations including the UN, NATO, and the General Agreement on Tariffs and Trade (GATT). It laid the groundwork for modern-day diplomacy and foreign aid policies.

Civics Lesson: The Misinterpretation of the Great Seal 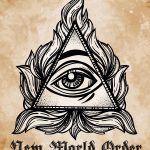 Those who believe in the New World Order often point to the Great Seal as evidence that a world domination scheme exists.

Conspiracy theorists specifically point to the Latin phrase “novus ordo seclorum,” which they believe translates to “New World Order.” This is incorrect. The phrase actually translates to “New Order of the Ages,” and signifies the U.S. becoming an independent nation.

But not everyone liked the idea of a more integrated society. Nationalists and paleoconservatives were strongly opposed to what they deemed “liberal internationalism.”

Others, like British sci-fi writer H.G. Wells, envisioned a dystopian future in which the new world order would become a technocratic global dictatorship. This, combined with the Red Scare, led to a whole new meaning of the phrase—one associated with communism, governmental surveillance, and authoritarianism.

This in turn created a culture of fear surrounding big government. To this day, paleoconservatives and other right-wing fanatics warn of an impending “doomsday” scenario in which the government will disarm the populace in an attempt to institute martial law.

Chip Berlet, an American journalist who specializes in the study of right-wing movements within the U.S., warns that these made-up scenarios can have very real consequences.

The Civics Nation final analysis: there is no hard evidence to support the theory that an elite group of individuals are secretly plotting to take over the world and exhibit control over the masses. However, there is evidence to suggest that the spreading of conspiracies like these can lead to lone-wolf acts of terrorism such as the 2016 Pizzagate shooting.