Exactly How Does A Bill Become Law? 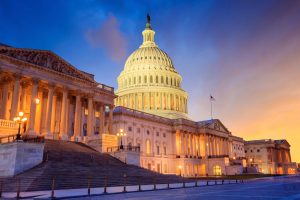 The process by which bills become the law of the land is not widely understood. This is unfortunate because we need to understand how our democracy works in order to understand why our role in it is so important.

That old Schoolhouse Rock video, “How a Bill Becomes a Law,” describes the process in a very general way, and it’s a great introduction. But there’s quite a bit more to the legislative process than that. So, let’s get started! 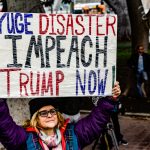 With the advent of the Trump presidency, there has been a lot of talk about impeachment. Impeachment is the involuntary removal of a president for “treason, bribery, or other high crimes and misdemeanors.” Only three presidents have been subjected to impeachment proceedings: Presidents Andrew Johnson and Bill Clinton were both impeached but acquitted, and President Richard Nixon resigned to avoid being impeached.

Impeachment begins with a vote on one or more articles of impeachment in the House of Representatives. If at least one of those articles gets a “simple majority” (a 51-percent majority rather than 2/3 “supermajority”) vote, the president is impeached. This is equivalent to an indictment—that is, the House decides there is enough evidence to take the president to trial.

The proceedings then move to the Senate, and that chamber holds a trial overseen by the Chief Justice of the Supreme Court. A team of legislators from the House, known as managers, play the role of prosecutors, while the president has defense lawyers and the Senate serves as the jury.

If at least two-thirds of the senators find the president guilty, he or she is removed from office and the vice president takes over as president.

There are some limitations on what types of legislation can be introduced into the House or the Senate, however. Only the House can originate revenue legislation such as appropriations bills, and only the Senate can confirm presidential nominees or approve treaties.

After a bill is introduced, it’s referred to the appropriate committee by the Speaker of the House or the presiding officer in the Senate. Bills can be referred to more than one committee, or they can be split into parts that are sent to different committees. Committees perform a wide variety of tasks including getting feedback from government agencies on a bill’s merit; holding hearings; and making revisions or additions to the bill if needed. The committee then reports out the bill and it goes to the entire body of the originating chamber for debate.

If there are substantial revisions in committee, that committee can order the introduction of a “clean bill” that includes the proposed changes. That bill will be sent to the floor and given a new number, while the old bill is discarded.

If a committee does not act on a bill or votes to table the proposed legislation, it “dies in committee” before it gets a hearing on the floor.

Once a bill passes a committee, it is placed on the calendar. In the House, bills are placed on one of four House calendars. The Speaker of the House and the Majority Leader decide what will reach the floor and when. In the Senate, proposed legislation is placed on the Legislative Calendar. Scheduling of debate on bills is done by the Senate Majority Leader. Bills can be brought to the floor whenever a majority of the Senate chooses to do so. (The Senate also has an Executive Calendar to deal with treaties and nominations.)

Then comes the step we’re most familiar with: debate. In the House, debate is guided by the Sponsoring Committee and time is divided equally between supporters and opponents of the proposed legislation. House members are not allowed to add riders to bills, but if allowed by the Rules Committee they can add amendments that are germane to the subject of the proposed legislation. In order to vote on a bill in the House, there must be a quorum—two-thirds of the representatives must be on the floor to vote. If there isn’t a quorum, the House will either adjourn or send the Sergeant at Arms to gather missing House members.

In the Senate, debate on a bill is unlimited (you’ve probably heard of the filibuster—basically “talking a measure to death”) unless cloture is invoked. Cloture requires a vote by three-fifths of the full Senate. If cloture is invoked, further debate is limited to 30 hours. In the Senate, lawmakers can add amendments that are not related to the subject of the bill; thus, entire bills can be added as riders to legislation. When bills are voted on in the Senate, a quorum (51 of the Senate’s 100 members) must be present.

If the House and Senate pass different versions of the measure, it enters a process called reconciliation. A conference committee composed of senior officials from the House and Senate appointed by the presiding officers of the committees that originally dealt with the legislation, meets to work out a compromise. If it reaches a compromise, the conference committee prepares a written report, which is submitted to each chamber. That conference report must be approved by both the House and the Senate. Once the bill that comes out of the conference report is passed by both houses, it is sent to the president for consideration.

After all this work in the House of Representatives and the Senate, it’s then the president’s job to determine whether or not this legislation should become the law of the land. The president can do one of three things:

Once a bill is signed by the president or the president’s veto is overridden by both chambers of Congress, it becomes law and is assigned an official number.