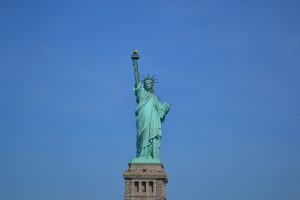 How can immigrants be considered both “job stealers” and “lazy” at the same time?
Image: Shutterstock

Immigrants often bear a horrible double standard when it comes to stereotyping, especially when we’re talking about Latino/as. They are somehow painted as both “job stealers” and “lazy.”

How can both of these things be true at once? The story that’s being perpetuated says they’re leeching off the system and burdening emergency rooms while at the same time boosting the economy by providing cheap labor by working backbreaking low-wage jobs. So, who’s exploiting who, and which stereotype is “true”? Are these people lazy and entitled, or do they represent classic American ethics of hard work?

The answer? Immigrants are actually not so different from any other person living in the United States, and most are simply trying to do the best for their families to put food on the table. The stereotypes have more to do with the people perpetuating them than they have to do with the actual immigrants living in America. 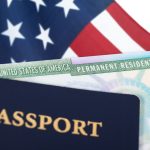 While some like to perpetuate the myth that immigrants come to the U.S. and immediately start mooching off the welfare system, that’s actually false. Undocumented immigrants are not eligible to receive food stamps. Even legal immigrants must have lived in the United States legally for at least five years before they are eligible for food stamps.

Legal non-immigrants (students and workers of foreign nationalities, etc.) only have access to the most essential public services, like emergency Medicaid and pregnancy care—despite the fact that, like American citizens, they often pay into public service programs through taxes on their paychecks.

But we start to see the stereotypes break down when we look at the facts. President Trump is well known for famously calling Mexicans “rapists” and criminals on the campaign trail, and his administration has built its immigration policy around these ideas. In fact, as the immigrant population has risen in American cities since the 1980s, violent crime has actually steadily declined in the majority of those locations.

But this doesn’t mean those inclined to blame immigrants are also inclined to listen to the facts. More often than not, individuals latch onto single statistics or news stories, jumping to conclusions based on data that may not actually support their claims.

One example is an argument sometimes posed by those critical of welfare, citing a 2012 study that shows California represents only 12% of the population, but consumes 31% of federal welfare. Some take these statistics and suggest immigrants are to blame.

In 2014, California had 38 million residents and 2.3 million of them were illegal immigrants, or 6% of the state’s population. And, nationally, they are about 3% of the population. So, even if they used welfare as the same rate as other Californians, there is no way that they could be a significant driver of California welfare usage.

Of course, the main reason they are not a significant driver is because illegal adults do not qualify for any welfare assistance at all. Some children gain benefits, mostly via school lunches at public school and a few state programs that let kids get some welfare. Even if you say one-fourth of the 2.3 million residents are on welfare, you’re talking about 600,000 kids eligible out of 20 million kids in the state. Again, barely enough people to have a major impact on the state budget or overall usage.

The bottom line is that there are many pros and cons to illegal and legal immigration, but President Trump and the right-wing media use distorted and misleading data to make the case that only bad things come from it. And that disinformation drives fear, hatred, and increased harassment and hate crime toward all immigrants, Hispanics and people of color, making identity politics in America much worse.

Many of the core assumptions of the conservative claims are not grounded in evidence. There’s no reason to believe that immigrants are the ones collecting the majority of benefits, or that they’re unemployed to the extent to which they could be branded “lazy moochers,” or that high welfare enrolment is reflective of widespread financial abuse.

Even legal non-immigrants (students, temporary workers, etc.) can only access essential services like emergency Medicaid and pregnancy care. Not to mention the fact that many undocumented immigrants actually pay into the system through taxes on their paychecks—despite the fact that they cannot access the benefits those taxes pay for.

But the facts don’t seem to matter to those who believe without question that immigrants are somehow both “lazy” and ambitious enough to be job stealers. Logic doesn’t matter when the argument serves the ideology of the one doing the stereotyping. Until we address this on a national level, it will be hard to have a reasonable debate about immigration policy.