Did Trump Really Score a Victory with North Korea? 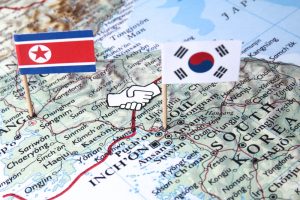 Will the talks between North Korea and South Korea harm Donald Trump’s upcoming negotiations with the North? Photo: Shutterstock

One thing is certain: the talks have made it harder for Trump to use one of his preferred threat tactics—the use of military force to deal with the reclusive nation’s stubborn refusal to put a stop to its nuclear testing program. In addition, the negotiations between North and South Korea will go far to erode the economic sanctions against the North. It’s also made it harder for the U.S. and its allies to engage in atrocity propaganda against North Korea.

“This summit has put even greater expectations, greater hype, and greater pressure on Trump,” Victor D. Cha, a Korea scholar at Georgetown University, told The New York Times. “He hyped the meeting with his tweets, and now the entire focus is going to be on his negotiating prowess.” 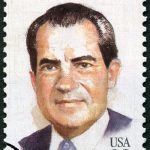 In 1972, President Richard Nixon embarked on a week of historic talks between the U.S. and the communist People’s Republic of China. His visit began the process of re-establishing diplomatic relations between the two nations. After decades of hostile relations, Nixon’s trip was designed to drive a deeper wedge between China and Soviet Russia, the two largest communist powers, and to gain leverage in dealing with the Soviet Union, particularly on the issue of the increasingly unpopular Vietnam War. Nixon’s negotiations laid the groundwork for the open trade relationship the U.S. now has with China. (Photo by Olga Popova / Shutterstock.com)

Trump reported that he had a good talk with South Korean President Moon and tweeted that things were going well and the time and location of his meeting with Kim were still to be determined. Typically for Trump, he was quick to tell his supporters that he deserved almost all the credit for the meeting between North and South Korea.

If Trump’s meeting with Kim fails, the U.S. could face a split with long-time ally South Korea. It could also increase tensions between China and the U.S., as China only grudgingly signed onto the economic sanctions against the North and may choose not to maintain those sanctions if Kim is conducting peace talks with the South.

Another complication in the Korea peacemaking project is that Trump is likely to dump the Iran nuclear deal. Throwing away one disarmament deal while trying to strike another will be difficult, even for Donald “Art of the Deal” Trump.

So, who really should get the credit for any disarmament deal with the North?

“[Kim has] gotten all these meetings with world leaders without making any concessions,” former CIA analyst Jung H. Pak told the Times. “So far, everything has been no-cost for Kim.”

Keep in mind that this is not the first time North and South Korea have begun negotiations. But those negotiations have previously gotten bogged down in technical details about nuclear site inspections, dismantling of installations, and removal of nuclear fuel.

And administration officials are saying it’s their job to remind President Trump of the proper sequence of negotiations with North Korea. But the wild card is Trump himself.

“He sees this as a Nixon-in-China moment, and he will want to move quickly, where patience is the order of the day,” former Assistant Secretary of State for East Asian Affairs Kurt M. Campbell told the Times.