Is the Anti-Mueller Campaign a Coordinated Attack? 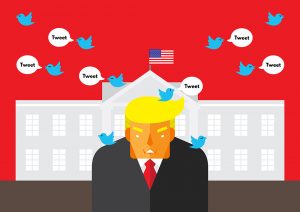 Did Trump’s tweet start a firestorm of criticism against Mueller? Illustration by Punyaruk Baingern / Shutterstock.com

The team over at Vanity Fair has picked up on an interesting trend concerning the barrage of attacks being made toward Robert Mueller. Namely, that “Trumpworld appears to be fighting as one.”

They cite a Politico source familiar with the Trump camp’s legal strategy, suggesting a negative PR campaign against Mueller sets the stage for the President to fall back on public record if things were to get complicated in the future.

Essentially, the argument is that by setting the stage now, Trump and his most staunch right wing media supporters may be able to influence the public opinion landscape of the future to best suit their interests.

Civics Lesson: What is a Special Counsel / Special Prosecutor? 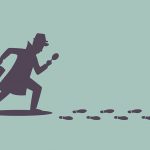 And the damning part of the accusation is that this is being done professionally and intentionally. That same Politico source suggests that anti-Mueller attacks pointing toward Mueller’s early career “bears the hallmarks of professional opposition research.”

How exactly does this play out? In the last few weeks, it’s gone like this: Trump gets upset and publishes angry Tweets implying bias and corruption, and pro-Trump media outlets pick up the ball to find stories that amplify this sentiment.

Within hours of the president’s tweet, conservative media outlets were pushing stories about everything from Mueller’s botched FBI 2001 anthrax investigation efforts to alleged mafia associations, pushing hashtags like #RiseUp and #FireMueller.

The article suggests that this may be because Trump is out of other options, so he’s doubling down. The difference seems to be that this most recent push against Mueller is being headed by the president himself, which hasn’t been the case in the past.

Barring firing Mueller, which would create unmanageable political backlash for the White House, the only thing the president can do is attempt to undercut Robert Mueller’s credibility. With a potential investigatory interview between Trump and Mueller on the horizon, it makes sense that Trump would want to make moves quick to take control of the media narrative.