Citizens Are Stepping Up On Climate Change 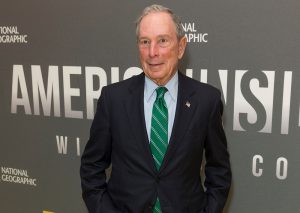 The United States’ struggle to curb climate change suffered a major setback in 2017 when it pulled out of the Paris climate accord. That’s the bad news; the good news is that individual citizens can still take it upon themselves to protect the planet. One such success story comes from billionaire and former New York City mayor Michael Bloomberg. According to BBC News, he’s using $4.5 million from his own pocket to cover some of the U.S.’ lapsed commitment to the Paris deal.

Bloomberg said that the U.S. has an obligation to contribute to the international fight against climate change, and since Trump wasn’t willing to make that contribution, he would be taking matters into his own hands. Much of the ex-mayor’s contribution is expected to go to the United Nations Framework Convention on Climate Change (UNFCCC), an international body that helps set environmental norms for the world to follow.

“America made a commitment and, as an American, if the government’s not going to do it, then we all have a responsibility,” Bloomberg told CBS. “I’m able to do it. So, yes, I’m going to send them a check for the monies that America had promised to the organization as though they got it from the federal government.” 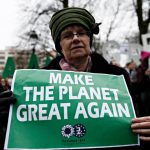 The Paris Agreement—also known as the Paris climate accord—is a global pact to reduce greenhouse gas emissions. Prior to the U.S.’s exit, only two countries had not formally signed the agreement: Syria and Nicaragua. However, since the U.S.’s departure, both countries have pledged their allegiance, making the U.S. the only country in the world that is not a part of it. Photo: Alexandros Michailidis / Shutterstock

Keeping the Paris deal strong is an imperative for the future of the planet. It has brought together 187 countries in an effort to tackle climate change together, using both an emphasis on cutting greenhouse gas emissions and a long-term strategy for keeping global temperatures less than two degrees Celsius above their pre-industrial levels. Before Paris, there was no precedent for the whole world working together on climate science; now, the deal includes just about every country on Earth except the U.S.

The hope is that Bloomberg’s donation is no more than a short-term fix, and that eventually, the U.S. will fully return to the Paris accord. Even Trump, who shocked the world last year by pulling out, hasn’t closed the door on returning; BBC News noted that in January, he hinted the U.S. could “conceivably” be back on board if the U.S. were treated more fairly.