Consent of the Governed: Essential Principles 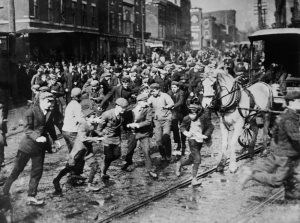 “Consent of the governed” is an essential principle in a democracy. Photo: Everett Historical / Shutterstock.com

A strong understanding of civics and the founding principles of our country can give us a measuring stick by which to gauge our elected officials and systems. In a world where foreign powers seek to undermine our democratic values, it’s important to reflect upon where those values come from.

While the democratic system isn’t always perfect, democracy is nonetheless the most justifiable and justified form of government. This is based in part on the “consent of the governed” or “popular sovereignty” idea.

Democracy Web, an organization dedicated to providing online resources for the study of democracy, goes in depth to explore this principle. 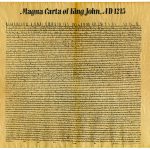 The article states that the idea of consent of the governed wasn’t meaningfully applied to actual political structures until the founding of America’s original thirteen states. Up until that time, governments were primarily autocracies in various forms, often taking the shape of hereditary monarchies.

As time went on, some rulers were forced to share power in order to maintain ultimate rule. England’s 1215 Magna Carta agreement is perhaps the most famous agreement to limit the powers of a king.

But the United States government was the first to be organized around the idea that the people were themselves sovereign. This was revolutionary, because up until that time, governments based on consent of the governed had only been theorized by political philosophers. The U.S. would pave the way for ensuing democracies around the world.

It follows that democracy has since taken many forms. Direct democracy would be tough to institute in a large-scale setting; it would be unwieldy to have each citizen voting independently on every single law and government decision. While democracies must employ elements of direct democracy, it ends up taking the form of “representative democracy.”

In the U.S., we vote for senators and congressional people to represent us, but in much of the world, governments employ a parliamentary system wherein citizens vote for parties rather than individuals. Instead of a winner-take-all system, multiple parties enjoy representation in a legislature based on percentage of votes, resulting in coalition governments that prevent one or two-party rule.

Learn more about consent of the governed here.