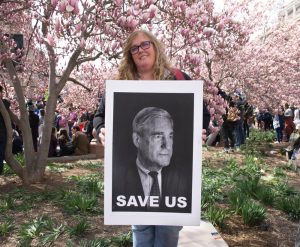 Was Robert Mueller involved in a trial that left four men wrongfully imprisoned for decades? No. Photo by TJ Brown / Shutterstock.com

As Robert Mueller’s investigation into the possibility of the Trump campaign’s collusion with Russia gets ever nearer the White House, President Trump’s media allies are doing their best to bring him down. For example, Fox News host Sean Hannity recently made some searing accusations about Mueller’s tenure as a federal prosecutor in Boston.

Mueller, Hannity claims, was linked to legendary organized crime figure James “Whitey” Bulger. But is that true? The Boston Globe did some fact-checking, and this is what they found.

First, regarding Hannity’s claims about Robert Mueller’s connection to Whitey Bulger: Mueller’s office wasn’t even involved. Mueller served in the U.S. attorney’s office in Boston from 1982 to 1988, but it was the FBI and the New England Organized Crime Strike Force (prosecuting attorneys who worked independently of the U.S. attorney’s office and reported directly to the Department of Justice) that were responsible for the Bulger scandal. The FBI and the Strike Force used Bulger to help them uncover Mafia crimes, all the while not doing a thing about the crimes Bulger himself had committed. Long story short: Mueller could not have been involved with Bulger because he wasn’t even involved with the FBI or the Strike Force. 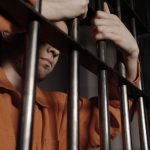 In 2007, a team of lawyers won a $101.7 million judgment against the federal government on behalf of Joseph Salvati, Peter J. Limone, Louis Greco, and Henry Tamelo. Over 30 years, Salvati’s attorney, Victor Garo, along with almost a dozen others, discovered secret documents from the FBI that had never been turned over during their 1968 trial, which ended in a wrongful conviction. U.S. District Court Judge Nancy Gertner found that the FBI framed Salvati and his colleagues and that they knew informant Joseph Barboza had been lying when he implicated the four men in a murder. She also found that the FBI withheld evidence from state prosecutors before, during, and after the trial, that could have cleared the defendants. Justice Gertner wrote an op-ed piece about the Salvati trial in the New York Times.

Let’s move on to another of Hannity’s claims. He alleges that because of Robert Mueller, four men were framed by an FBI informant and wrongfully imprisoned for many years. Two of those men even died in prison.

Was Mueller involved with that? Let’s start with the basics: the informant who framed the men was not Bulger. In fact, it was Joseph “The Animal” Barboza, and the trial against Joseph Salvati, Peter J. Limone, Louis Greco, and Henry Tamelo took place in 1968. Mueller was born in 1944. When the trial took place, Mueller was busy serving in the U.S. Marine Corps during the Vietnam War. Mueller didn’t even graduate from law school until 1973, so he could hardly have been involved in the Salvati trial.

What is true about Hannity’s claim is that the FBI was found to have had corrupt relationships with Bulger and his sidekick, Stephen Flemmi. This information started to become public knowledge in 1988, and an investigation into the FBI’s “mishandling” of informants as far back as the 1960s began at that time. Again, Mueller had nothing to do with the FBI or Bulger.

Did Mueller look the other way when he knew Salvati and his colleagues had been wrongfully convicted? The Globe found that according to the attorneys for the men, the former federal judge who oversaw the wrongful imprisonment trial, and the court records from that trial, there was nothing that linked Mueller to the case.

Hannity also claimed that Robert Mueller was one of the prosecutors who wrote letters to the Massachusetts Parole Board opposing the release of Salvati and his colleagues. Again, former federal judge Nancy Gertner, who oversaw the Salvati trial, and Juliane Balliro, Limone’s attorney, examined the parole board records for the four men. They found no letters from Mueller in the files, and his signature “never appeared on anything I ever saw or can recall,” Balliro told the Globe.

A 2011 column by the Globe’s Kevin Cullen has been part of the “evidence” of Mueller’s complicity in the wrongful conviction and the FBI coverup, based on information from former Massachusetts Parole Board officer Michael Albano. However, Cullen recently wrote that he had heard from Albano but did not see any letters from Mueller.

What this all boils down to is that Hannity’s accusations have little, if any, basis in truth. If you think the news media has a liberal bias, consider this: Trump and Hannity discuss ideas for Hannity’s show, and Trump’s policies, on a regular basis. In fact, Trump’s advisors sometimes refer to Hannity as the “shadow” chief of staff. That makes Hannity’s commentary more like propaganda than actual news.