The Propaganda of Authoritarianism 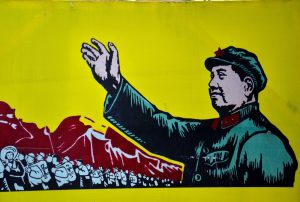 If there’s one thing that’s true about authoritarians, it’s that most people don’t know whether or not to believe them. That’s because they take the typical principles of political speech and turn them upside down. So, how do you function in an authoritarian state without losing your mind? First, you have to understand what exactly an authoritarian government is, and secondly, you have to understand just how they reverse the principles of political speech.

Let’s start by defining the word “authoritarian.” According to Dictionary.com, the adjective form of the word means “of or relating to a governmental or political system, principle, or practice in which individual freedom is held as completely subordinate to the power or authority of the state, centered either on one person or a small group that is not constitutionally accountable to the people.” The noun form of the word means “a person who favors or acts according to authoritarian principles.” 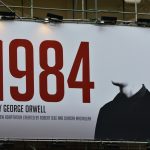 In George Orwell’s 1984, protagonist Winston Smith lived in Oceania, an authoritarian nation controlled by a dictator called “Big Brother.” Smith worked at the Records Department of the Ministry of Truth, and his job was to rewrite and distort history. Thus, the Ministry of Truth enforced the power of “Big Brother” and portrayed Oceania in a favorable light by hiding or distorting any history that disagreed with the party line. Orwell wrote 1984 just after the end of World War II, and it is widely seen as a warning: he wanted to be sure that authoritarian dictatorships such as that of Nazi Germany never happened again.

Modern-day authoritarians such as North Korean dictator Kim Jong-un and Turkish ruler Tayyip Erdogan use this technique because, as George Orwell wrote in his famous novel 1984, he who controls the past controls the future.

Lying about the past and telling the truth about the future is what Haque calls “a negotiating strategy that maximizes one’s power in the present.” It’s basically the same pattern you see in any abusive relationship, whether it’s between spouses, people in a relationship, or adults with children. It’s a form of gaslighting on a vast scale.

When an authoritarian says something like “I will build a great wall,” the media are thinking “there’s no way he’ll build a wall because it’s too expensive and the political will doesn’t exist to make that wall happen!”

And when an authoritarian says something like “my inauguration crowd was the largest in history,” journalists just can’t understand why he’s lying about the past when his statement is provably false. But the authoritarian is playing a different game: unless the lies are proven to be lies, and repeatedly so, the authoritarian will, in Haque’s words “coast on your first mistake: being wrong about him telling the truth about the future.”

After all, who is going to trust the media, the pundits, or the scholars, when they are repeatedly wrong about what the authoritarian is going to do?

To put it succinctly, “authoritarians invert the negotiating strategy that civil society expects from people in power. Instead of telling the truth about the past, and lying about the future, authoritarians do the opposite. That is the fundamental source of their power.”

So, what can we do about the confusion caused by this unorthodox pattern of truth and lies? We have to hold on to the truth of the past and expose authoritarians’ lies again and again. We also have to believe them when they say what they’re going to do in the future, no matter how unbelievable it sounds.