Why Is it a Problem for the President to Write His Own Doctor’s Note? 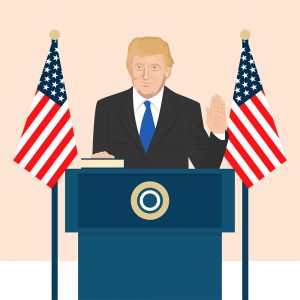 President Trump has a credibility problem. The frequency and seeming irreverence of the president’s lies have been well documented by the Washington Post and several fact-checking sites. But for America’s sake, it’s crucial for the president to be as truthful as possible–especially when it comes to his overall health.

In 2015, the president raised eyebrows for releasing an eccentric medical report that he said was written by his longtime physician, Harold N. Bornstein. Flash forward two years: CNN is reporting that Bornstein wasn’t actually the note’s original author and has now admitted that the president dictated the health letter himself.

When the letter was first released, many experts expressed doubt that a skilled medical professional wrote it due to its hyperbolic language and lack of medical nuance. It said Trump’s blood pressure was “astonishing excellent” and it declared Trump as the “healthiest individual ever elected to the presidency.” 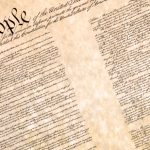 The 25th Amendment of the Constitution was passed in 1967 after fears about presidential succession after President John F. Kennedy’s assassination. In total, the 25th Amendment has been invoked six times. The first two sections deal with presidents and vice presidents resigning, dying, or being generally removed from office. These sections have been used 3 times: to elevate Gerald R. Ford to the vice presidency after Spiro Agnew resigned, and then later to the presidency after Richard Nixon resigned in 1974, then for Nelson Rockefeller to replace Ford as Vice President.

The second two sections of the amendment deal specifically with what to do with a president who is unfit to serve his position, such as in the case of physical illness or injury. Section 3 has been officially invoked twice—both times by President George W. Bush for two hours when he was having colonoscopies in 2002 and 2007. Reagan unofficially invoked Section 3 when he had surgery on his colon in 1985.

Even now, in mid-2018, this is a significant revelation.

The president’s health is immensely important—which is why it is essential for the American public to know whether or not he is in good enough health to serve our country. Forging his own health record is heavily problematic; he isn’t a qualified physician and doesn’t have an objective opinion of his own health—most of us don’t. Here are a few more reasons why this is an issue and how it affects our nation.

At the age of 70, Donald Trump is the oldest individual ever to be elected to a first term as president. That’s a really big deal because at his age, most individuals are encouraged by healthcare professionals to focus on living a nutritious and active lifestyle to increase longevity. But history has proven that he does the exact opposite. Besides golf, Trump doesn’t really participate in any other activities that require movement and exercise. And according to a new book by two of his former campaign aides, Trump’s dinners consist of two Big Macs from McDonalds, two Filet-O-Fish, and a chocolate malted—totaling a whopping 2,400 calories just for one meal. If we assume he eats three meals per day at similar caloric values, that means he is consuming around 7,200 calories per day – or over three times the recommended 2,000 calorie diet. If he continues on this path, the president risks having a stroke or even colon cancer.

During the 2016 campaign, Trump expressed concerns that his presidential opponent Hillary Clinton didn’t have the stamina and endurance to serve our nation, hinting that her overall health was a major red flag. More often, he references a video capturing Clinton having shaky-knees while leaving a September 11 memorial in New York City. He described the incident as “very bad,” claiming that a world leader should have the energy to “fight for all these different things.” Yet, at the same time he was bringing attention to Clinton’s health, he wrote his own doctor’s note.

It’s important to note that presidential candidates aren’t legally mandated to release information about their medical health or history, so Trump did not break any laws by forging his bill of health—but that he would so blatantly lie about his health is troubling, and it makes one wonder what would lead him to do so.

As CNN notes, even today we still don’t know many details about Trump’s health. This lack of transparency could instill uncertainty, doubt, and even fear in the state of our government—if the president does not have the physical or mental ability unable to perform his duties, it undermines the stability of the administration. The president writing his own medical letter doesn’t give us the any new information about his health; it just indicates that the American people know even less about the President of the United States than they thought they did.